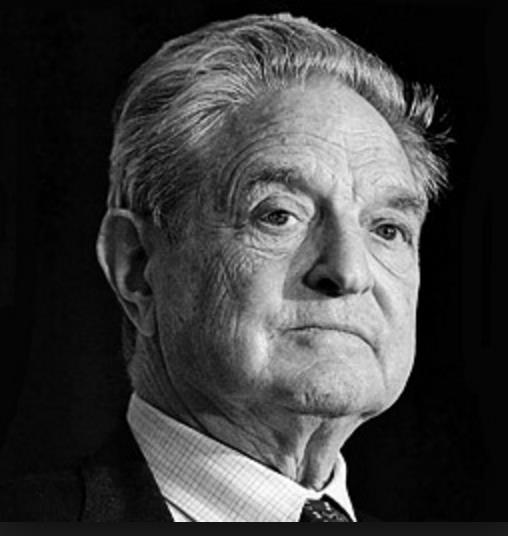 What do these investigators really want?

(Infowars) – Partners in Health was recently selected by Massachusetts governor Charlie Baker to conduct Coronavirus “contact tracing,” a process that involves teams of investigators finding out who infected people have come into contact with.

The group is already “training and deploying hundreds of contact tracers.” Some citizens fear the potential for mass surveillance posed by contact tracing, especially in light of a Democrat-introduced bill in Congress to authorize contact tracing “at individuals’ residences.” Partners In Health’s involvement will not assuage many fears, considering the group has received funding from George Soros and Bill Gates organizations and counts Chelsea Clinton on its board of trustees.

Partners in Health co-founder Paul Farmer’s achievement.org bio notes: “Farmer’s work attracted the support of philanthropists, including George Soros and Bill and Melinda Gates. In 2002, PIH received a $13 million grant from the Global Fund for improvements in the Cange complex. In 2005 the William J. Clinton Foundation funded a Partners in Health AIDS program in Rwanda.” Farmer and Chelsea Clinton did a Clinton Foundation podcast together in 2019.

In response to a 2007 tuberculosis outbreak in Africa, NBC News reported: “Soros’ Open Society Institute announced a $3 million grant to the non-profit organization Partners in Health and Brigham and Women’s Hospital in Boston. The donation will be used to design a model project of community-based XDR-TB treatment in Lesotho. Once treatment guidelines are developed, experts hope the program will be adopted in other poor countries.”

Soros personally announced the grant and said he hoped it would spark a larger project. For this initiative, Partners In Health was cited by name in the propaganda book The Philanthropy of George Soros: Building Open Societies.

In 2011, International Women’s Health Coalition noted, “YP Foundation Founder to Join Paul Farmer, George Soros, at IWHC Gala.” Farmer was honored at the gala, which Guest of a Guest noted had David Rockefeller in attendance.

In 2014, Partners In Health co-founder Paul Farmer secured multi-million dollar Soros financing for a coalition project in Africa. Farmer was featured in an October 2014 video interview on Soros’ Open Society Foundations website, which stated, “In between trips to Liberia, Paul Farmer of Partners In Health visited Open Society’s offices to discuss his work on Ebola. Paul talked about the need to ensure sustainable health systems for people in nations where the virus has spread.” Farmer blasted “fear and conspiracy theories around fatal illnesses” in the video and talked about how to “attack” conspiracy theories with activism.

Forbes reported in September 2014: “There’s never been a connection between Ebola and first-rate medical care,” says Paul Farmer, the renowned co-founder of Partners in Health, before pointing out that none of the health care workers flown back to the U.S. for treatment have died. Could the answer to the outbreak lie in the care regiment for those afflicted?

We’ll soon find out. Farmer landed in Liberia this morning, at the center of a coalition quietly formed to specifically – and quickly – test that thesis. In the next few weeks, the Farmer group will open a top-notch treatment facility in one of Liberia’s most rural provinces, along with strategies designed to maximize its effectiveness.

“This has been coming together for years,” Farmer tells Forbes, a few hours before departing on the trip. “The Ebola crisis pushed it over the edge.”

The impetus for this coalition began with a meeting two weeks ago, convened by Farmer’s co-founder at Partners in Health, Jim Kim, who is now president of the World Bank. Attendees included Director-General Margaret Chan of the World Health Organization, Tom Frieden, Director of the Centers for Disease Control and Francis Collins, Director of the National Institute for Health. Dismayed by the global response – Kim told the group that the outbreak already ranks among the worst health crises in world history — Kim tabbed Farmer as the World Bank’s special Ebola advisor and also enlisted another attendee at the meeting, Raj Panjabi, who runs Last Mile Health in Liberia. (Full disclosure: Panjabi was mentored at last year’s Forbes 400 Summit on Philanthropy and I now chair the advisory board for Last Mile Health, which hires, trains and manages front-line health care workers in remote villages.)

George Soros’ Open Society Foundations quickly provided $4 million to fund this project. “The coalition got us a proposal the next day, they answered all our questions the day after, and we got them the funds they needed before the week was out,” says Chris Stone, the organization’s president. The project was appealing to Soros’ team because it features a local group familiar with the turf, an entrepreneurial mentality and the ability to scale.”

Prospective Coronavirus contact tracers in New York City are required to understand “institutional and structural racism” and to support immigrants and the LGBTQ community. The government is employing contact tracers to investigate who infected persons come into contact with, leading to civilian concerns that privacy is being attacked.

A job posting on Columbia University School of General Studies states: “The Fund for Public Health in New York City (FPHNYC), in partnership with the New York City Department of Health and Mental Hygiene (DOHMH), is seeking contact tracers to perform case interviews and contact tracing to support the citywide COVID-19 response. using a trauma-informed, culturally respectful approach that builds trust and facilitates the free sharing of information.” The job includes “Conducting in-person investigations into congregate settings and selected cases and contacts.”

Listed requirements include: “Ability to understand the concepts of institutional and structural racism and bias and their impact on underserved and underrepresented communities” and “Have a demonstrated commitment to supporting communities who have experienced systemic oppression and bias (e.g. people of color, LGBTQ people, immigrants, justice involved persons, etc.)”

Democrat Rep. Bobby Rush has introduced a bill in Congress to authorize the federal government to grant approved entities the right to conduct contact tracing for Coronavirus at “individuals’ residences.” Contact tracing involves investigators tracing every interaction that infected people have.

Rep. Rush introduced HR 6666, “COVID-19 Testing, Reaching, and Contacting Everyone (TRACE) Act” on May 1, 2020 and it has been referred to the House Committee on Energy and Commerce. The bill has 45 co-sponsors. According to the text of the bill: “To authorize the Secretary of Health and Human Services to award grants to eligible entities to conduct diagnostic testing for COVID-19, and related activities such as contact tracing, through mobile health units and, as necessary, at individuals’ residences, and for other purposes.”

People are concerned that the government might be angling to use contact tracing to remove people from their homes and place them in quarantine, after a Ventura County, California health official suggested doing just that (and later walked it back, though it’s unclear what his proposed policy actually is at this time).