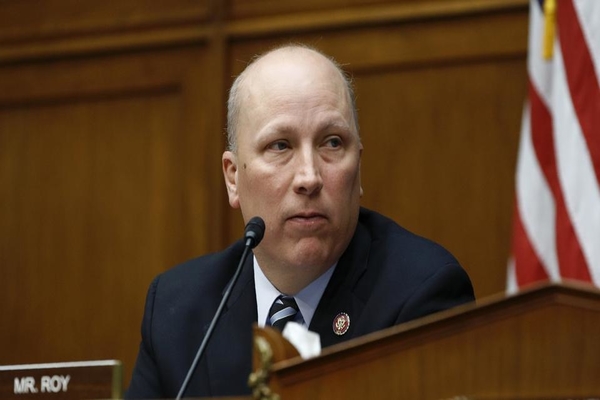 On Thursday’s broadcast of Fox News Radio’s “Guy Benson Show,” Rep. Chip Roy (R-TX) criticized President Joe Biden for wanting to re-enter the Iran nuclear deal, which is “about appeasing Iran” while “attacking American citizens in Georgia for wanting to have election rules that make some sense.”

Roy said, “[T]he JCPOA, the agreement that they want to go back to, was not working, was not going to work. It only empowers and appeases Iran. It does nothing to hold their feet to the fire and keep our interests aligned with Israel, which is what our goal ought to be and should be. But instead, it’s all about appeasing Iran. … Now Biden is attacking American citizens in Georgia for wanting to have election rules that make some sense.”

Biden’s COVID Relief Plans Order Whites to The Back of The...