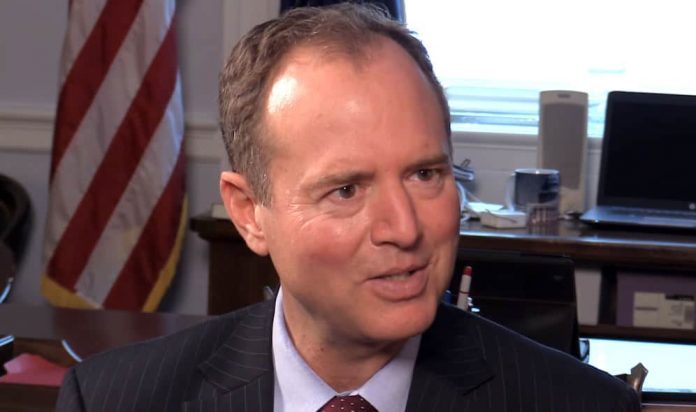 (Breitbart) – Judicial Watch has sued the House Intelligence Committee and its chairman, Adam Schiff (D-CA), on Friday for records relating to Schiff’s phone snooping on his Republican counterpart, a journalist, and the president’s lawyer.

Schiff included phone logs purporting to document communications between Intelligence Committee Ranking Member Devin Nunes (R-CA), journalist John Solomon, and presidential lawyer Rudy Giuliani, among others, attempting to implicate them in a plot to smear the reputation of then-U.S. Ambassador to Ukraine Marie Yovanovitch, whom President Donald Trump had constitutional authority to fire for any reason, regardless.

Judicial Watch accused Schiff of abusing his power. Schiff allegedly used a subpoena to AT&T for the records of several unidentified phone numbers in an apparent attempt to conceal the fact that he was trying to reconstruct the phone conversations of his intended targets, which he then published in the Intelligence Committee’s impeachment report. Schiff did not cite any legal authority for his actions, which arguably violated the First, Fourth, and Sixth Amendments to the Constitution..

Nunes has said that Schiff violated his civil liberties, and that he will pursue all legal options; the White House responded by noting that one of the phone numbers in the report was incorrect.