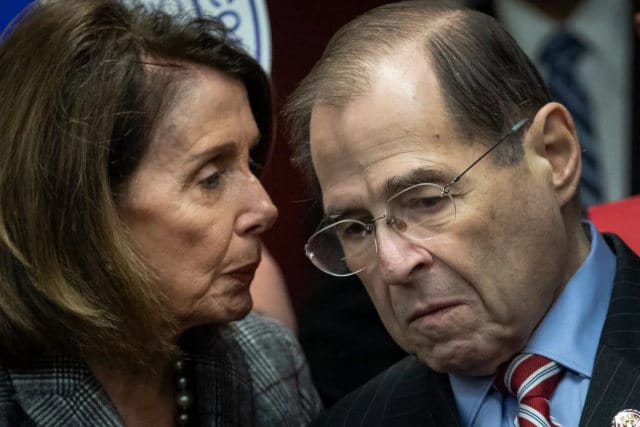 Another Huge Lie from Democrats and their Liberal Media!

(Gateway Pundit) – The Democrat Party and their colleagues in the liberal mainstream media want to impeach President Trump for not sending lethal aid to the Ukraine quick enough.

President Trump waited 55 days before release taxpayer-funded US aid to the Ukrainian government in 2019.

Democrats want you to believe this was a crime or misdemeanor.

BUT NOW THERE’S THIS…

Those same Democrats on the House Impeachment Team VOTED AGAINST the aid package to the Ukraine last year!

Three of the House Impeachment Managers voted AGAINST Aid to Ukraine.

And Jerrold Nadler voted against the National Defense Authorization Act for Fiscal Year 2018 that included aid to Ukraine.

And Nadler voted against ANOTHER aid package to Ukraine two days after he chaired an impeachment hearing in 2019.

How will the fake news media spin this?

Via DeRoy Murdock at FOX and Friends Weekend: