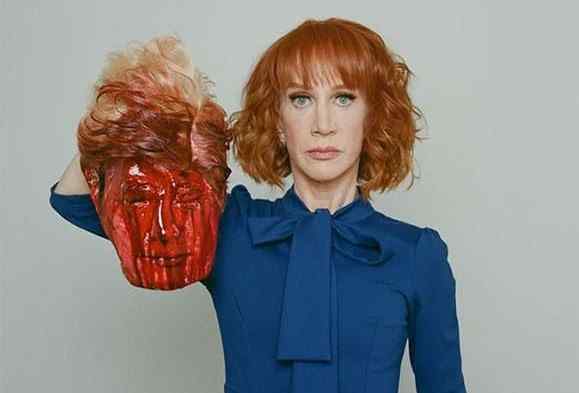 Air embolisms, or air bubbles in the bloodstream, can cause potentially fatal strokes.

CNN’s Jim Acosta tweeted: Trump at diabetes event at WH: “I don’t use insulin. Should I be?”

“Syringe with nothing but air inside it would do the trick,” Griffin said in a tweet responding to Jim Acosta.

Screenshot in case of deletion:

Kathy Griffin then lashed out at the breaking news editor for the Washington Examiner after he announced that he reached out to Twitter and the Secret Service and alerted them to her threat against President Trump.

This is not the first time Kathy Griffin has threatened President Trump.

She previously received a visit from the Secret Service after her Trump beheading stunt which also landed her on Interpol’s watch list.