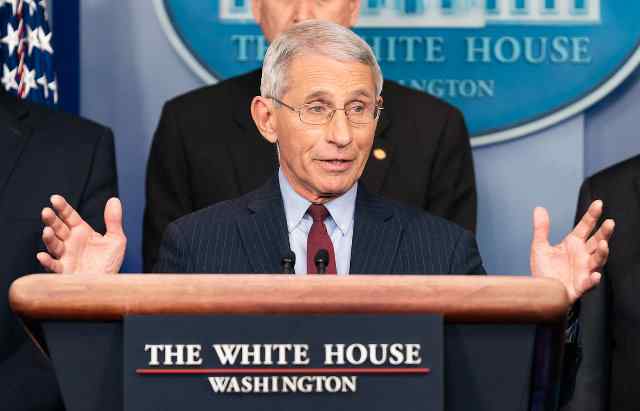 (Gateway Pundit) – A month ago we reported that Chinese Doctor Shi Zhengli was part of a team working on a coronavirus project jointly with US doctors in 2014 before it was shut down by the DHS for being too risky.

After the US research project was shut down, Dr. Shi continued her coronavirus research in Wuhan, China.

Doctor Shi Zhengli from China was part of a team, including Doctor Ralph S. Baric from North Carolina, that published an article in a 2015 edition of Nature Medicine.

In the article they discussed bat coronaviruses that showed potential for human emergence. The article was published in 2015.

This report was published shortly after their project was defunded by the US Department of Health and Human Services (HHS).

The HHS in 2014 sent a letter to the University of North Carolina at Chapel Hill where they announced they were going to defund the program.

Dr. Ralph S. Baric was identified in the letter.

After the work stopped in the US, the Chinese moved forward with the project and ran research and development in Wuhan at the Wuhan Virology Center. From Shi Zhengli’s papers and resume, it is clear that they successfully isolated the coronavirus in the lab and were actively experimenting with species to species transmission.

It’s also important to note that back in 2017 we had solid intelligence about a viral leak in a high security Chinese virology R&D center that resulted in the SARS virus getting out and killing people.

This information provides a basis that contradicts the theory that COVID-19 is a variant that just magically mutated in a bat in the wild and then jumped to a human when they ate a delicious bowl of bat soup.

We then reported that the Wuhan Institute of Virology in Wuhan, Hubei Province in China was hiring individuals for an ecological study of bat migration and virus transmission in November of 2019.

We now know from Dr. Shi’s resume and papers that she was still working on the coronavirus at that time.

Now we can report that the leader of the US task force overseeing the country’s response to the China coronavirus, Dr. Tony Fauci, was the one who funded the Wuhan bat virus work and kept it going.

If these research projects were banned in the US was it legal and appropriate for Dr. Fauci and NIAID to use taxpayer dollars to continue to fund the research in Wuhan, China?

Was Dr. Fauci ever going to explain his conflict of interest?

Did Dr. Fauci skirt US law to fund these dangerous projects in China?

Should the man in charge of the flawed US policy to treat and contain the China virus be trusted when he has not been upfront with his connections to the Wuhan research projects?

The Times of Israel reported:

Back in October 2014, the US government had placed a federal moratorium on gain-of-function (GOF) research—altering natural pathogens to make them more deadly and infectious–as a result of rising fears about a possible pandemic caused by accidental or deliberate release of these genetically engineered monster germs. This was in part due to lab accidents at the US Centers for Disease Control and Prevention (CDC) in July 2014 that raised questions about biosafety at US high-containment labs… …A CDC internal report described how scientists failed to follow proper procedures to ensure samples were inactivated before they left the lab, and also found “multiple other problems” with operating procedures in the anthrax lab. As such in October 2014, due to public health concerns the US government banned all federal funding on efforts to weaponize three viruses—influenza, Middle East respiratory syndrome (MERS), and severe acute respiratory syndrome (SARS). In the face of a moratorium in the US, Dr. Anthony Fauci–director of the National Institute of Allergy and Infectious Disease (NIAID) and currently the leading doctor in the US Coronavirus Task Force–outsourced in 2015 the GOF research to China’s Wuhan lab and licensed the lab to continue receiving federal funding. The Wuhan lab is now at the center of scrutiny for possibly releasing theSARS-CoV-2 coronavirus and causing the global Covid-19 pandemic.

What more does Dr. Fauci have in his past that he has not revealed to the American public?