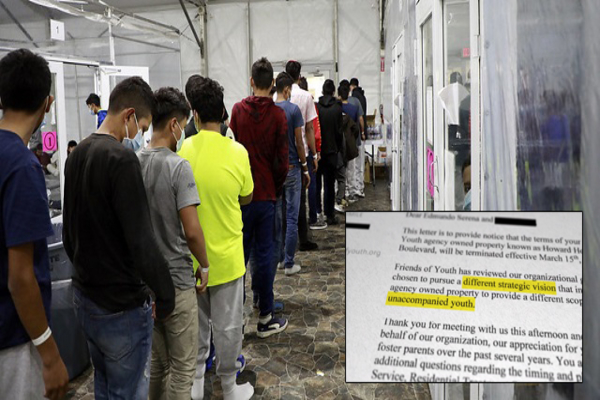 A foster home for struggling youth in Washington has been ordered to be vacated to make room for migrant children who are surging over the border in record numbers.

Edmundo Serena Sanchez said he and his wife were notified in February that they would have to vacate the Renton house where they have nurtured and raised Washington state foster children for nearly seven years.

“It was just senseless. Everything they did was irresponsible,” Serena Sanchez said of the move-out order that came after a year of lockdown from the coronavirus pandemic.

[…] The house is part of a campus of facilities owned by the Friends of Youth, a non-profit based in Kirkland with a 70-year history of providing services and housing for homeless and foster youth.

“Friends of Youth has reviewed our organizational goals this past year, and we have chosen to pursue a different strategic vision,” stated a January 29 letter from the organization.

The letter said the house would be used “…to provide a different scope of services in support of unaccompanied youth.”

[…] DeAnn Adams, chief program officer for Friends of Youth, told KING 5 the organization saw a new funding source with the federal government’s Office of Refugee Resettlement and decided to use the Howard’s House — where Serena Sanchez and his foster family now live – as housing for undocumented immigrant children.
Refugee Resettlement is a giant racket.

Research from the Center for Immigration Studies released in 2020 found that American taxpayers are billed up to $133,000 per refugee resettled in America.

Friends of Youth’s 2019 financial statement says they have nearly $19 million in net assets.