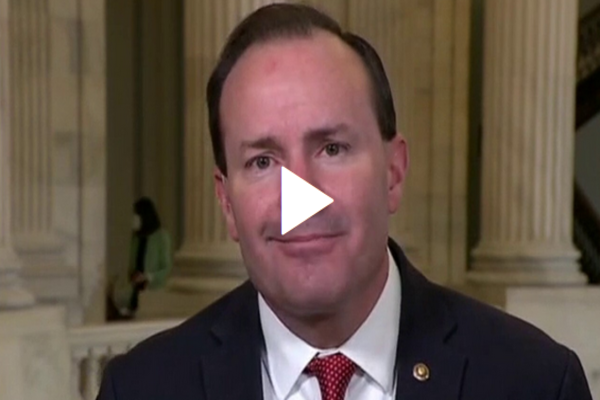 Anchor Larry Kudlow said, “Senator Lee, just the last point here. I think Sen. Rand Paul put his finger on it. He was on our show a couple of nights ago. He said the GOP has lost any power of the purse, and he said the GOP has emasculated itself. This is not a good episode for the Republican Party, is it?”

He continued, “One of the reasons that this sort of thing can happen and not get much attention in the process – and Republicans can still go through the motions and vote for it, devastatingly – is because it’s folded into a 4,155-page bill. One that was negotiated in secret by four or five members of Congress.”

Lee added, “There’s not a human alive who can digest 4,155 pages of legislative appropriations text in that short a period of time. That’s one of the reasons why this should never happen. Republicans, in particular, who do this should be asked to never, ever do it again. We will self-destruct as a party if this ever happens again.”