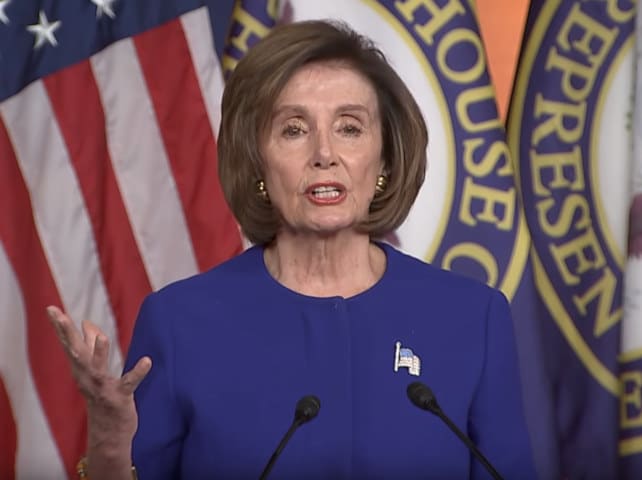 (Gateway Pundit) – Speaker Nancy Pelosi was back at it this morning during her weekly press conference.

The far left Speaker was noticeably slurring her words during today’s ranting.

IT WAS ALL A SET-UP! Pelosi Accuses President Trump of “Interfering” and “Abuse of Power” in Roger Stone Case by Saying Prison for 7-9 yrs. Was Excessive

This was all a set-up.

Roger Stone’s deep state prosecutors this week stunned the Attorney General’s office by pushing for a sentence of 7-9 years for Roger Stone in a process crime in the Trump-collusion hoax investigation.

The DOJ disagreed with the recommendations saying it was a “excessive and grossly disproportionate” for the 67-year-old Stone.

The Department of Justice also said it was “shocked” at the excessive prison term being sought by Mueller’s prosecutors because it wasn’t what the DOJ was initially briefed on.

This was all a set-up to get reaction from Attorney General Bill Barr and President Trump in order to start up a new smear campaign against Trump and his trusted Attorney General.

Democrats and Deep State Democrats know the ongoing Durham will expose them criminal actors who lied and deceived the American public and Congress in order to remove President Trump from office.

So they planned this latest attack to sully Bill Barr’s name before John Durham releases his report.

On Thursday Nancy Pelosi accused President Trump of “interfering with the Roger Stone case” by voicing his opinion that 7-9 years for a process crime was outrageous. Pelosi called this an abuse of power and flagrant violation of the rule of law.

This was all planned out.