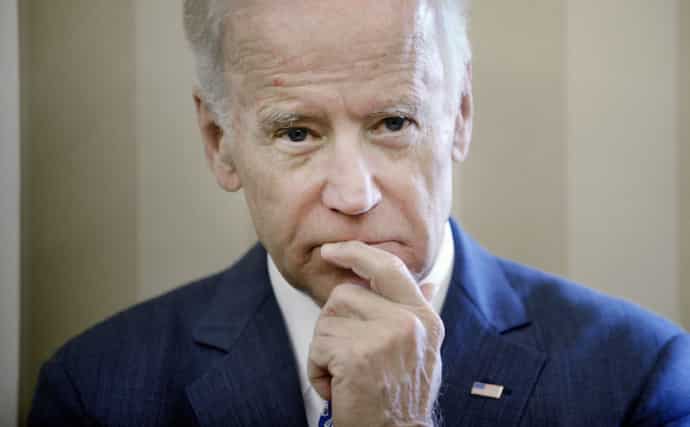 (Breitbart) – The New York Times published an account of Tara Reade’s allegations of sexual misconduct against then-Sen. Joe Biden (D-DE), concluding that there was “no pattern of sexual misconduct by Biden, beyond hugs, kisses and touching that women previously said made them uncomfortable.”

Reade filed a criminal complaint late last week in Washington, D.C., alleging that in 1993, when she worked for Biden as a staffer, he pushed her against a wall and forcibly penetrated her with his fingers, according to a report by Business Insider. Biden has denied the allegations.

The Times summarized its own investigation, and findings, on Twitter in a thread:

No other allegation about sexual assault surfaced in the course of our reporting, nor did any former Biden staff corroborate Reade’s allegation. We found no pattern of sexual misconduct by Biden, beyond hugs, kisses and touching that women previously said made them uncomfortable. — The New York Times (@nytimes) April 12, 2020

In the article, the Times reported a pattern of unwanted conduct, then concluded there was no pattern of sexual misconduct:

Last year, Ms. Reade and seven other women came forward to accuse Mr. Biden of kissing, hugging or touching them in ways that made them feel uncomfortable. Ms. Reade told The Times then that Mr. Biden had publicly stroked her neck, wrapped his fingers in her hair and touched her in ways that made her uncomfortable. Soon after Ms. Reade made the new allegation, in a podcast interview released on March 25, The Times began reporting on her account and seeking corroboration through interviews, documents and other sources. The Times interviewed Ms. Reade on multiple days over hours, as well as those she told about Mr. Biden’s behavior and other friends. The Times has also interviewed lawyers who spoke to Ms. Reade about her allegation; nearly two dozen people who worked with Mr. Biden during the early 1990s, including many who worked with Ms. Reade; and the other seven women who criticized Mr. Biden last year, to discuss their experiences with him. No other allegation about sexual assault surfaced in the course of reporting, nor did any former Biden staff members corroborate any details of Ms. Reade’s allegation. The Times found no pattern of sexual misconduct by Mr. Biden.

The Times was careful to place the allegations in context by noting past allegations against Donald Trump:

President Trump has been accused of sexual assault and misconduct by more than a dozen women, who have described a pattern of behavior that went far beyond the accusations against Mr. Biden. The president also directed illegal payments, including $130,000 to a pornographic film actress, Stormy Daniels, before the 2016 election to silence women about alleged affairs with Mr. Trump, according to federal prosecutors.

The Times’ coverage drew scorn from critics, who noted that the paper — along with the rest of the mainstream media — had been only too willing to believe salacious and uncorroborated claims of sexual misconduct against Supreme Court Justice Brett Kavanaugh: