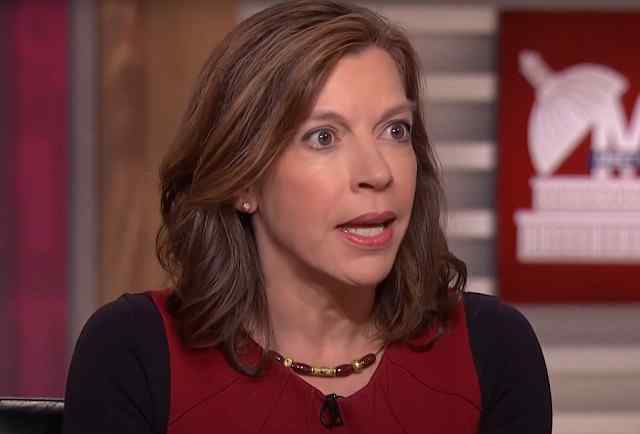 (Gateway Pundit) – Remember when Obama’s defense official Evelyn Farkas went on MSNBC and urged her ‘former colleagues’ and people on the Hill to disseminate and leak so-called intel proving Trump and his aides colluded with Russia?

Farkas lied during her appearance on MSNBC and GOP lawmaker Trey Gowdy forced her to admit she lied during her sworn testimony to the House Permanent Select Committee on Intelligence on June 26, 2017.

“I had a fear that somehow that information would disappear with the senior people who left so that it would be hidden away in the bureaucracy, that the Trump folks, if they found out how we knew what we knew..about the Trump staff dealing with Russians that they would try to compromise those sources and methods,” Farkas said during a March 2, 2017 interview on MSNBC. “That’s why you have the leaking. People are worried.”

However, under oath, Ms. Farkas told Trey Gowdy that she actually knew nothing and lied during her appearance on MSNBC.

“Why don’t we go back to that sentence that I just asked you about. It says ‘the Trump folks, if they found out how we knew what we knew about their staff dealing with Russians,” Gowdy said. “Well, how would you know what the U.S. government knew at that point? You didn’t work for it, did you?” “I didn’t,” said Farkas, a former mid-level Russia analyst who left the federal government in 2015. “Then how did you know?” Gowdy responded. “I didn’t know anything,” Farkas said. “Did you have information connecting the Trump campaign to the hack of the DNC?” Gowdy asked. “No,” Farkas admitted. “So when you say, ‘We knew,’ the reality is you knew nothing,” Gowdy asked later during the deposition. “Correct,” Farkas responded. Gowdy didn’t stop there. “So when you say ‘knew,’ what you really meant was felt?” he asked. “Correct,” Farkas answered. “You didn’t know anything?” Gowdy continued. “That’s correct,” Farkas responded.

Liar Evelyn Farkas, a Democrat, is currently running for Congress in New York.