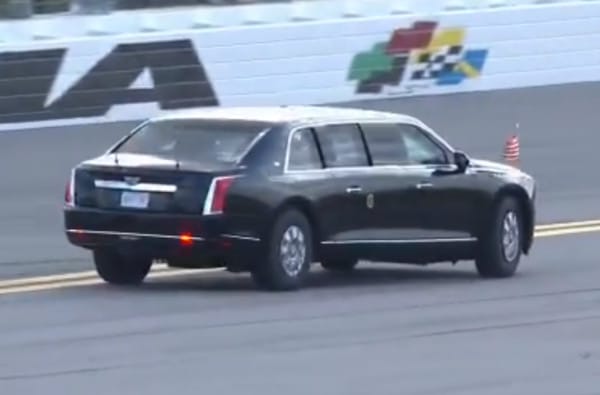 (Gateway Pundit) – The White House announced on Friday that President Donald Trump and First Lady Melania Trump will attend the Daytona 500 this weekend, at the Daytona International Speedway.

Not only that but — President Trump will be the Grand Marshal of the Daytona 500 this year!

And not only that but — President Trump will reportedly take a lap around the track in the “Beast”, the presidential limo!

On Sunday President Trump and Air Force One swooped down 800 feet over the track, before landing for the race!

The President and First Lady then left Air Force One and took a ride in “The Beast” around the Daytona 500 Racetrack.