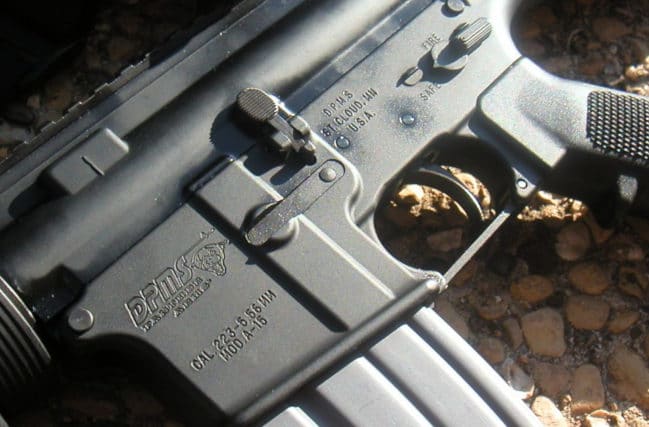 (Gateway Pundit) – Since the crazed Constitutional rights prohibitionists can’t get the federal government to pass any of their absurd gun control laws, they have turned to a state-by-state effort to methodically do away with the 2nd Amendment.

One of the many laws they are pushing are so-called “red flag” laws where someone can petition the courts to have someone’s guns taken away without any due process by claiming the person is a danger to themselves or others. And the person being served with the court order doesn’t even know it until the cops are at the door. Then the person has to spend their own money and time to fight it, and has to prove their innocence before the court in order to get their rights back.

The crazed prohibitionists try to claim there is due process and that these laws will save lives, while they mock anyone who dares to bring up dystopian scenarios where people are wrongly accused. Except what happens when the wrongly accused are actually served with these orders in real life?

It happened to Jon Carpenter, in St. Cloud, Florida. He happened to have the same name as a homeless drug addict who was threatening an elderly woman with a gun. A red flag was ordered on the violent Jon Carpenter, and as officials were searching for an address and other information on him, they got him mixed up with peaceful Jon Carpenter.

The good guy Carpenter is Marine veteran and sport fisherman, and he does own guns and has a valid CCW permit. That was until Sheriff’s deputies knocked on his door to take his CCW and guns. This Carpenter doesn’t even match the description of the transient Carpenter.

Jon is a veteran, sports fisherman, and law-abiding gun owner from St. Cloud, who just happens to have the same name as a drifter who threatened an elderly couple. “He’s 110 pounds. I’m 200. He has brown eyes. I have hazel. He has black hair. I have no hair,” Jon said, comparing himself to the other Jon Carpenter, who became the target of a risk protection order to remove any weapons he may possess. But the veteran, fisherman, 200-pound Jon Carpenter was sent a certified letter from the state, suspending his firearms license. “I was just dumbfounded. I didn’t know what to do. I called the state and they basically said, ‘There’s an injunction against you,’” Carpenter explained. He also received a notice that he had been reported to DCF for elder abuse and a state order to surrender any firearms. “The state basically said, If it’s not you, go to the courthouse. They’ll give you a letter and they’ll get you reinstated,” said Carpenter. But that’s not how it played out. “Then, he finally comes out, and he’s like you basically have to go to court on the 27th, in two weeks. So I said, ‘I’m guilty until I prove myself innocent? That’s why I’m here, trying to show its not me.’ And he’s like, ‘Since you‘re here, you’ve been served. Here’s your restraining order,’” Carpenter recalled. He finally connected with someone in the sheriff’s office, who helped him get the injunction dismissed and called the state to get his firearms license reinstated. “They said they process it in the order it was received and it takes 6-8 weeks. I was like, ‘So you can suspend it in one day, instantly, but for somebody else’s mistake, I’ve got to wait 6-8 weeks?’”

After months of defending himself and fighting the phony order, the good-guy Jon Carpenter eventually got his rights back. But he had to prove his own innocence in the face of assumed guilt.