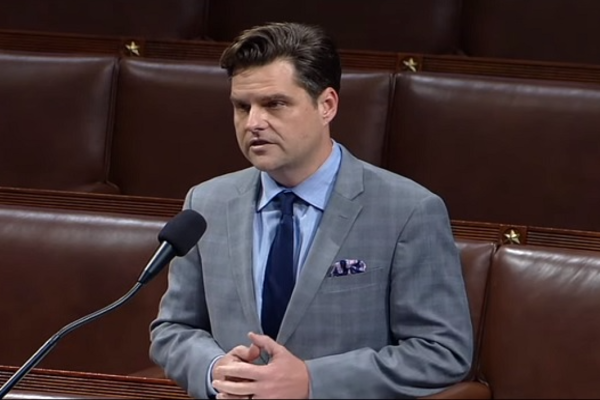 In a private meeting with McCarthy to negotiate voting for him to become House Speaker, Rep. Lauren Boebert (R-CO), Rep. Matt Gaetz (R-FL), and Rep. Scott Perry (R-PA) said they want to form their own legal entity in the new Congress to wage lawsuits, according to Punchbowl News.

As all three lawmakers appear to be voting against McCarthy to become speaker, the publication noted that the group also told the Republican leaders that they don’t mind if the Speaker’s vote on Tuesday goes to a plurality and Jeffries is elected to the highest position because they will “fight him.”

Reportedly, McCarthy also asked the House Freedom Caucus members to present their offer to the entire Republican Conference in a closed meeting on Tuesday morning since he did not see the offer as viable. If McCarthy made such a request, it may have been his way of taking his fight with the Freedom Caucus — which has been brewing for over a decade — to them by making it happen in front of the whole conference.

Their offer included specific committee assignments for many people in their caucus, along with subcommittee chairs, and “amnesty” after the entire negotiation with McCarthy.

On the way to the meeting with the entire House Republican Conference, McCarthy told Punchbowl that his goal for today would be to “unite the team.”

“Explain what we went through,” he continued. “The difficult part here is we went out to the American public with a commitment to America to fight for them, not for a few members here to fight for their own personal. This is about the country, and we’ll have to show the difference.”