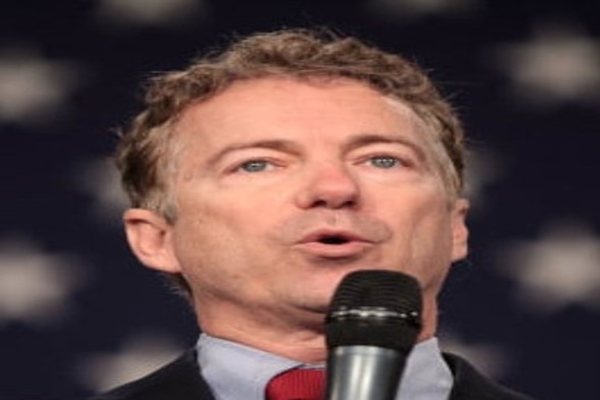 (Gateway Pundit) – Senator Rand Paul is continuing to sound the alarm about the possibility of some of his Republican colleagues voting to allow only the witnesses called by Democrats during the impeachment trial.

Appearing on Hannity on Thursday evening, Sen. Paul reiterated much of what he told The Gateway Pundit on Wednesday about his fear that Democrats will be able to block witnesses that aren’t hostile towards President Trump.

“I’ll tell you what my fear is, some Republicans are going to vote for witnesses, and we’ll get those — the ones that Democrats want. Then when we have the votes on bringing witnesses, or letting the president choose his witnesses — I think those will fail. Not only because of those Republicans, but because a whole variety of Republicans may not allow the whistleblower, may not allow Biden for one reason or another, because they served with him” Sen. Paul explained.

Sen. Paul once again warned that if the Republican base sees that only Democrat witnesses are being called, they will “punish those people who set up that kind of scenario.”

Host Sean Hannity interjected and said that he personally cannot support any Republican who votes in a way that will allow the Democrat to control witnesses.

“If it looks like a kangaroo court, the Republican base is going to be very very unhappy,” Sen. Paul agreed.

Speaking to TGP on Wednesday, Sen. Paul, who has seemingly been leading the charge to defend the president during this process, also explained that he would vote for Rep. Adam Schiff and Speaker Nancy Pelosi to have to testify, especially since Schiff has a staff member who is friends with the whistleblower — potentially making him a material witness.

“There’s a lot of people who are quiet, so I’ve been kind of loud,” Sen. Paul said. “My goal in this is to be done with the impeachment as soon as possible, and probably the best way to do that is actually no witnesses — but, if we’re going to have witnesses we should have witnesses from both sides.

In our interview, Sen. Paul warned that his Republican colleagues may be in trouble when they go up for re-election if they defy the president and allow Democrats to run amok, like they did in the House.

“What I keep trying to convince my colleagues, particularly the ones that might vote to allow the witnesses that the Democrats want to call, is that if they do that and they don’t vote to allow the president to bring his witnesses in, I think the Republican base and Trump supporters are going to be very very unhappy with them. I think it will have electoral consequences — which is sort of my way of saying that maybe they should reconsider having any witnesses at all,” Sen. Paul said. “My hope is some will reconsider and we will just be done with one vote.”

Senate Majority Leader Mitch McConnell has said that each witness will have to be approved by a majority of 51 senators — something unlikely to work in Trump’s favor. This had lead to Sen. Paul raising an alarm that only those who hate the president will obtain the necessary majority vote.

Sen. Paul explained that if there does end up being a vote for each individual witness, which could potentially be dozens, he believes that only the ones who are antagonistic to the president will get through. This means that “Hunter Biden, Joe Biden and the whistleblower may not pass a majority vote.” He said that if this is how witnesses are decided, the senate will end up with a situation like the House did — a lopsided witness list that would be mostly people hostile to the president.

“This is a big deal, I don’t usually lecture my colleagues, but they need to understand that they cannot win an election if they become estranged from the Trump base or Republican base of the party,” he said.