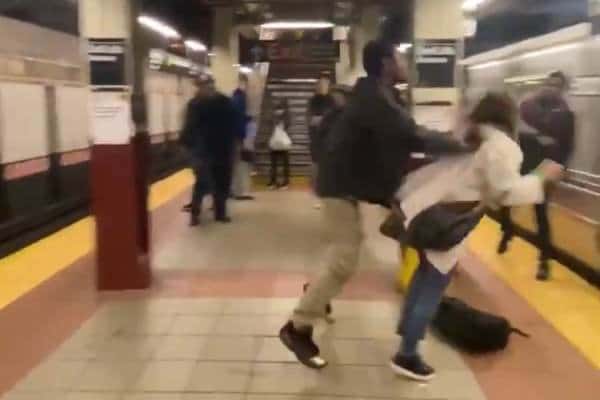 The incident took place on Wednesday evening at 7:20 PM at the Dekalb Avenue station according to the individual who took video and posted it to Twitter.

The man was seen jumping up and down yelling “What! what!” several times after he shoved another man.

Shortly after he shoved a man, he turned toward a woman who happened to be standing at the wrong place at the wrong time and shoved her into the subway train.

The NYPD was called to the scene but the woman who was shoved walked away without getting any help, according to a witness.