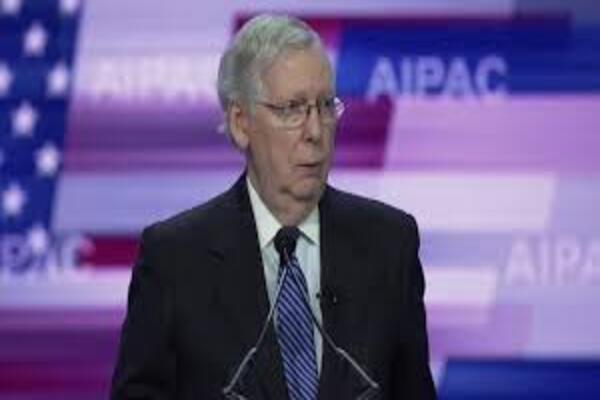 (breitbart) – The $1.7 trillion omnibus bill passed the Senate by a vote of 68-29 on Thursday afternoon. Eighteen Republicans voted for the 4,155-page bill just released days ago.

The House will vote on the bill potentially Thursday and be signed into law before Friday night’s deadline ahead of a government shutdown. Senators were rushing to vote on the bill before terrible weather hit Washington, DC, that would prevent them from returning home.

“From start to finish — from top to bottom — this omnibus is bold, generous, far-reaching and ambitious,” Senate Majority Leader Chuck Schumer (D-NY) told reporters. “It’s not everything we would’ve wanted, of course. When you’re dealing in a bipartisan, bicameral way, you have to sit down and get it done, and that means each side has to concede some things.”

The $1.7 trillion, 4,155-page bill includes $45 billion of aid for Ukraine, adding to the $66 billion of taxpayers’ money lawmakers have already approved for Ukraine.

As a blank check and without any accounting for funds spent, American taxpayers have given more aid to Ukraine in 2022 than Afghanistan, Israel, and Egypt combined in 2020. In just a few short months since the Ukrainian war began, the amount of U.S. aid to Ukraine also surpassed three of the largest recipients of U.S. military aid in history.

A few Republicans tried to stop the massive spending bill. Negotiations become sticky Wednesday after Sen. Mike Lee’s (R-UT) Title 42 amendment threw a wrench in the Senate process. As a result, many critics of the deal were hopeful Congress would be forced to pass a short-term spending resolution (CR) to keep the government open, pending a continued standoff between Democrats on Lee’s amendment.

The senators who backed the alternative amendment for political cover to Lee’s amendment are notable. They include some senators who are up for 2024 reelection, such as Sen. Joe Manchin (D-WV), Sen. Sherrod Brown (D-OH), Tester, and Sinema.

Schumer told reporters before the vote that the tactic would allow the spending bill to pass the Senate, enabling senators to go home before Christmas, a self-imposed deadline by Schumer’s negotiating colleague, Sen. McConnell McConnell (R-KY), who has publicly supported the massive bill.

“Providing assistance for Ukrainians to defeat the Russians is the number one priority for the United States right now according to most Republicans. That’s sort of how we see the challenges confronting the country at the moment,” McConnell said Tuesday.

The bill will head to the House for approval. If all goes well, President Joe Biden will sign the bill into law in the coming days.