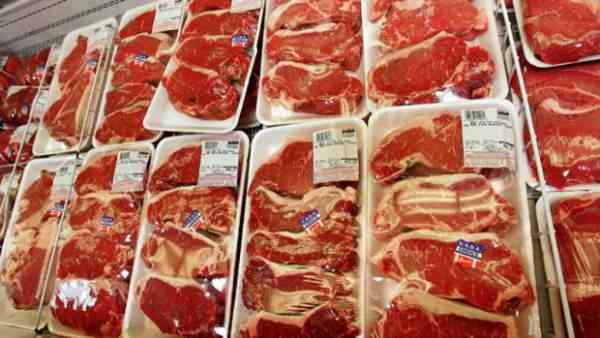 Even the mainstream media is beginning to use the phrase “meat shortages”, and we are being told to brace for supply chain disruptions all over America

(Infowars) – When meat processing facilities started shutting down because of the coronavirus pandemic, we were initially told not to worry because the facilities that were still operating normally would be able to make up the difference.

But now all of that has changed.

As you will see below, even the mainstream media is beginning to use the phrase “meat shortages”, and we are being told to brace for supply chain disruptions all over America.

Hopefully any “shortages” will only last for a few months, and hopefully supply chain disruptions will disappear later this year as the pandemic fades.

But this is yet another example that shows how exceedingly vulnerable our system has become, and it makes one wonder what will happen once a crisis even worse than this pandemic comes along.

In today’s extremely litigious environment, big corporations are going to exercise an abundance of caution when it comes to COVID-19, and we have already seen that just a handful of confirmed cases can shut down an entire food processing facility for weeks.

As a result of all the shutdowns that have already taken place, Bloomberg is warning that we are “dangerously close to meat shortages”…

Plant shutdowns are leaving the U.S. dangerously close to meat shortages as coronavirus outbreaks now spread to suppliers across the Americas. Almost a third of U.S. pork capacity is down, the first big poultry plants closed on Friday and experts are warning that domestic shortages are just weeks away. Brazil, the world’s No. 1 shipper of chicken and beef, saw its first major closure with the halt of a poultry plant owned by JBS SA, the world’s biggest meat company. Key operations are also down in Canada, the latest being a British Columbia poultry plant.

Who ever imagined that we would be talking about “meat shortages” during the first half of 2020?

It is crazy how rapidly things have changed.

On Friday, Smithfield Foods announced the closure of a fifth meat processing facility…

Smithfield Foods has closed another meat processing plant amid the coronavirus pandemic, the company’s fifth facility to discontinue operations this month as a result of the illness. According to Smithfield, a significant supplier of the global meat market, the company has stalled production on a rolling basis since April 19 “out of an abundance of caution” for employees of its St. Charles, Illinois, facility.

And on that same day, Hormel announced the closure of two major turkey plants…

Even more chilling, on Sunday Tyson Foods actually ran a full page ad in the New York Times in which they admitted that “the food supply chain is breaking”…

Tyson Foods, one of the U.S.’s biggest meat processors, didn’t mince words in a full page New York Times spread that ran Sunday, in which they warned, “the food supply chain is breaking.” “As pork, beef and chicken plants are being forced to close, even for short periods of time, millions of pounds of meat will disappear from the supply chain,” John Tyson, Chairman of the Board of Tyson Foods, wrote in a letter published as an advertisement. “As a result, there will be limited supply of our products available in grocery stores until we are able to reopen our facilities that are currently closed.”

Look, the truth is that the head of Tyson Foods would not be talking like that if things were not very serious.

I believe that things will be better by the end of the year, but for now we should expect significant meat shortages in the grocery stores for several months.

And for some portions of the supply chain, the shortages are already here. In fact, one expert is warning that restaurants “could be out of fresh ground beef” in a week…

While hundreds of plants in the Americas are still running, the staggering acceleration of supply disruptions is now raising questions over global shortfalls. Taken together, the U.S., Brazil and Canada account for about 65% of world meat trade. “It’s absolutely unprecedented,” said Brett Stuart, president of Denver-based consulting firm Global AgriTrends. “It’s a lose-lose situation where we have producers at the risk of losing everything and consumers at the risk of paying higher prices. Restaurants in a week could be out of fresh ground beef.”

The good news is that once this pandemic fades things should get significantly better for the industry.

The bad news is that we are probably going to be facing elevated prices for a long time to come. In fact, the price of U.S. wholesale beef just set a brand new record, and the price of wholesale pork surged 29 percent last week.

And as I noted the other day, all of this is happening at a time when African Swine Fever has already killed about one-fourth of all the pigs in the world.

When it comes to pork, the answer is really easy. Just don’t eat it. Pork is a highway to cancer, heart disease and a whole bunch of other very serious illnesses, and I don’t understand why anyone would ever want to eat it.

But the fact that we are also facing shortages of beef, chicken and turkey now is very concerning, and I hope everyone out there has stocked up.

Sadly, the truth is that there are plenty of chickens and turkeys out there at this moment, but because of the plant shutdowns many growers don’t have anyone to sell to right now. As a result, millions of animals are being culled…

The Baltimore Sun is reporting that 2 million chickens are set to be culled across farms in Maryland and Delaware amid coronavirus-related staffing shortages at meatpacking plants. We’ve heard the same story with pork, turkey, and beef processing plants across the country. Reducing operations or shutting down due to virus-related illnesses among staff. “With reduced staffing, many plants are not able to harvest chickens at the pace they planned for when placing those chicks in chicken houses several weeks ago,” before strict social distancing rules went into effect, trade group for the Delmarva poultry industry said in a statement.

I believe that it is a huge mistake to completely close all of these meat processing facilities, and hopefully many of them will be reopened as soon as possible.

But meanwhile things will become increasingly difficult, and American families will suffer.

Now that tens of millions of Americans have lost their jobs, people are starting to get desperate, and the National Guard is being deployed to food banks all over the nation.

So if fear of COVID-19 is causing this much of a disruption to our supply chains, what is going to happen when a crisis that is far, far more severe comes along?

We are not going to see a full return to “normal”, but later this year there should be a window of opportunity to prepare for the events of 2021 and beyond, and I very much encourage all of my readers to take full advantage of that opportunity.