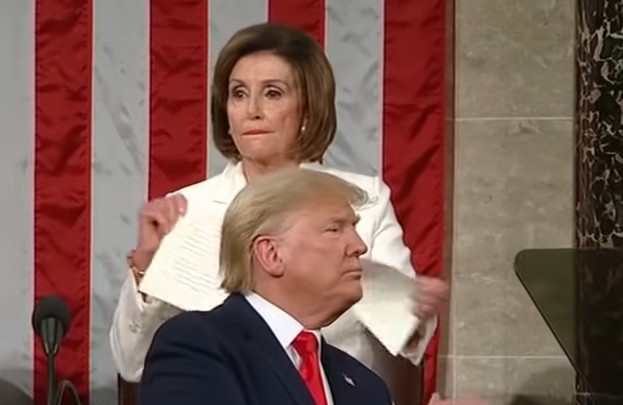 (Gateway Pundit) – She has torn the country apart.

President Donald Trump slammed and snubbed Speaker Nancy Pelosi on Sunday with an announcement he won’t attend the annual St. Patrick’s Day lunch in the Capitol this Thursday. It’s the first time a president has skipped the traditional, non-partisan luncheon since George W. Bush missed it in 2003, shortly before the United States invaded Iraq.

White House Spokesman Judd Deere released a statement on the administration’s decision to skip the event, via Politico.

“Since the Speaker has chosen to tear this Nation apart with her actions and her rhetoric, the President will not participate in moments where she so often chooses to drive discord and disunity, and will instead celebrate the rich history and strong ties between the United States and Ireland at the White House on March 12. The relationship between our two countries has never been stronger, and the President looks forward to welcoming the Prime Minister of Ireland for the annual Shamrock Bowl presentation.”