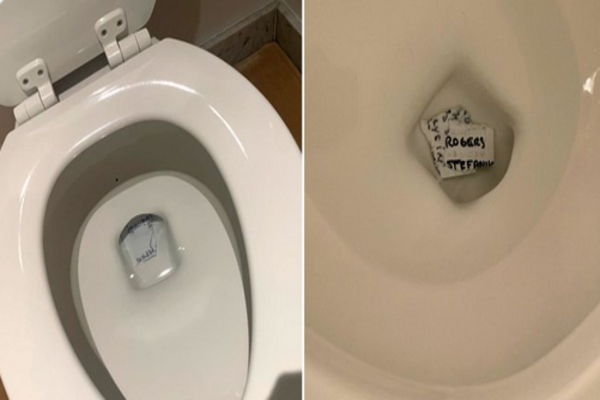 Axios, which was sold Monday for over half a billion dollars, led coverage with images of torn notes in two toilet bowls.

The photos, if authenticated, would help to corroborate earlier claims that Trump disposed of White House documents in unconventional ways, raising questions about whether he violated federal laws on the preservation of government documents.

Remember our toilet scoop in Axios AM earlier this year? Maggie Haberman’s forthcoming book about former President Trump will report that White House residence staff periodically found wads of paper clogging a toilet — and believed the former president, a notorious destroyer of Oval Office documents, was the flusher.

Trump denied it and called Haberman, whose New York Times coverage he follows compulsively, a “maggot.
Well, it turns out there are photos. And here they are, published for the first time.

Haberman was a repeated beneficiary of leaks from the Trump White House and on-the-record comment by Trump himself, at a time when Trump was not speaking frequently to conservative news outlets. She later became a Trump media nemesis.