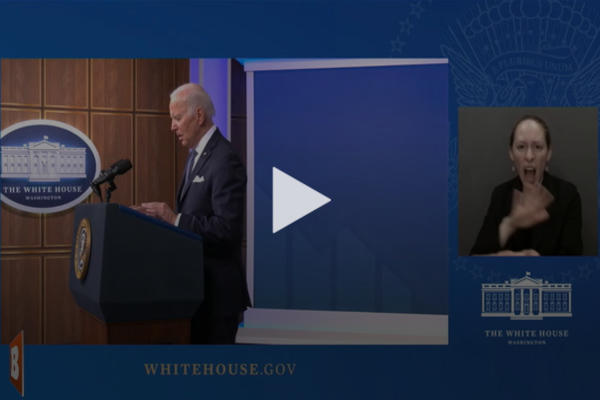 (breitbart) – President Joe Biden confirmed Thursday classified documents were discovered in his garage at his Delaware home, but did not explain why.

“By the way, the Corvette is in a locked garage. OK? It’s not like they’re sitting out in the street,” he said when asked by reporters about the revelation of a second group of classified documents found at his home in Wilmington, Delaware.

Biden’s prized Corvette has been used by the White House to promote the president’s agenda.

The president repeated he would continue to cooperate with the Justice Department to recover classified documents from his belongings.

Biden did not answer any additional questions about why he had the documents in his possession, noting that the investigation was ongoing.

“We’re going to see all this unfold,” he said.

As reporters shouted more questions, he pointed out to the audience and shouted, “Hey how you doing?” before returning to the podium to answer a question about his wife’s recent surgery.

Richard Sauber, a special counsel for Biden, confirmed in a statement earlier Thursday “a small number” of records with classified markings from his time as vice president was found.

“All but one of these documents were found in storage space in the President’s Wilmington residence garage,” he said. “One document consisting of one page was discovered among stored materials in an adjacent room.”

Sauber said there were no documents found at the president’s vacation house in Rehoboth Beach, Delaware.

The new details only add to questions about the vice president’s handling of classified documents, after it was first revealed on Tuesday classified information was found in a private office he used in Washington, DC, as part of his position at a University of Pennsylvania think tank.

Biden responded to the news Tuesday by saying he was “surprised” to learn about records that were in his office.

He also claimed ignorance about the details of the documents found in his private office in Washington, DC.

“I don’t know what’s in the documents,” he continued. “My lawyers have not suggested I not ask what documents they were.”