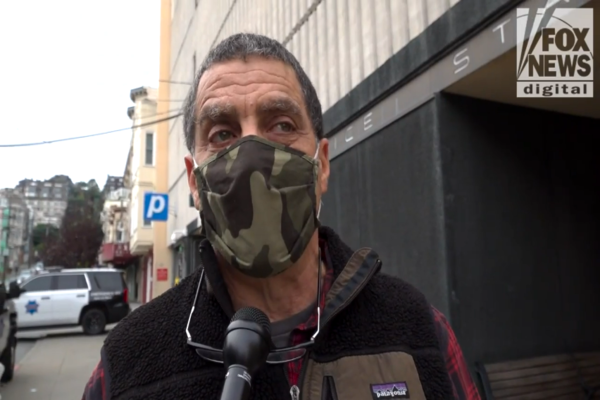 (breitbart) – San Franciscans tired of crime in the area told Fox News the situation is terrible and the mayor has a lot of work to do.

Residents such as Madeline said crime has grown worse, the outlet reported Friday.

An individual named Clint said, “I’m as left as they come and I’ve been pushed more to the middle because of this kind of policy. The whole policy for years now has been like just hands-off, let them do whatever they want … It’s terrible. It’s brutal.”

He also likened the area to the city from Batman, noting, “It’s f——- Gotham right now.”

Boudin, the son of a convicted Weather Underground militant, was elected in 2019 on a promise to pursue criminal justice reform, like his predecessor, George Gascón, the George Soros-backed prosecutor who is now D.A. in Los Angeles County.

Boudin came to office promising not to prosecute so-called “quality-of-life” crimes like public urination — a sharp contrast to the “broken window” policing that many believe helped clean up cities like New York in the 1990s.

In December, drivers in San Francisco were leaving their trunks open to try to fend off potential burglaries as officials reported a 32 percent increase in car break-ins during the last year.

Marilyn, who has been a resident of the city for decades, recently voiced frustration because, on a regular basis, “whether it’s Safeway or Walgreens, I see people stealing even though there’s a police officer at every door.”

An individual named Bill described seeing others stealing as an unnerving experience.

“I think that the shoplifting is pretty bad, and maybe that has something to do with the difference between a felony shoplifting and also a misdemeanor,” he told Fox News.