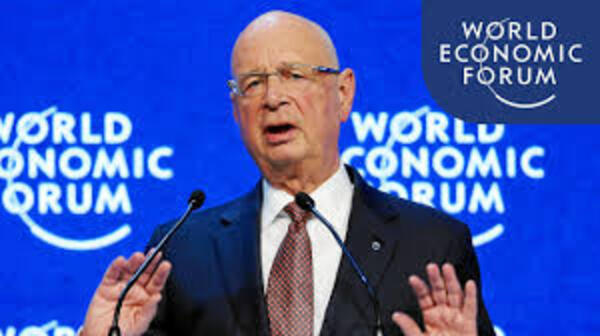 The vice president for Values and Transparency for the European Commission, Věra Jourová predicted on Tuesday that hate speech laws will be imposed upon the American public, despite longstanding case law at the Supreme Court protecting such speech under the First Amendment.

“Illegal hate speech, which you will have soon also in the U.S. I think that we have a strong reason why we have this in the criminal law,” Jourová said.

The Czech politician, who previously served as the European Commissioner for Justice, Consumers and Gender Equality, made the comments during a WEF panel hosted by former CNN host Brian Stelter on “The Clear and Present Danger of Disinformation.” The choice of Stelter may perhaps be viewed by some as ironic given his own relationship with the truth.

Representative Moulton seemingly agreed with the statement from the EU Commission VP, telling her: “I think in general the US has a lot to learn in terms of data regulation, internet regulation… You’re way ahead of us in that regard.”

However, the Democrat politician later clarified that he did not believe that American politicians were ready to forsake the fundamental aspects of freedom of speech.

The comments from Jourová come amid the backdrop of the ongoing dispute between the European Union and new Twitter boss Elon Musk over his publicly stated commitment to free speech, which has ruffled feathers in Brussels.

Indeed, Jourová herself commented on the matter to Euractiv on Tuesday, saying that the platform should partner with the EU on combatting hate speech and disinformation, saying: “We need the platforms to work with the language to identify such cases.”

She said that European Union laws surrounding online speech will be enforced, saying: “They apply to Twitter regardless of who owns it. Musk should not underestimate our efforts to make big platforms responsible.”

“Regulators are already closely monitoring compliance with the applicable data protection rules, and we will be able to enforce the Digital Services Act later this year as well,” Jourová added.

The Digital Services Act (DSA) which came into force in November greatly expanded the ability of Brussels to police so-called ‘hate speech’ and ‘disinformation’ through the addition of punishment mechanisms against internet platforms that fail to abide by the bloc’s rules.

Should companies like Twitter fail to comply with the DSA by February of 2024, the EU will be able to impose fines of up to six per cent of their global revenue and even possibly ban the platform altogether.