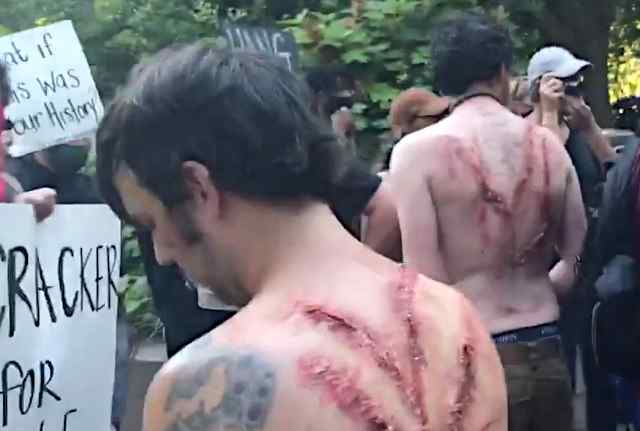 This is the insanity of the left.

There are no words for this insanity.

Too bad. The BLM mob were not impressed and they were told to leave.