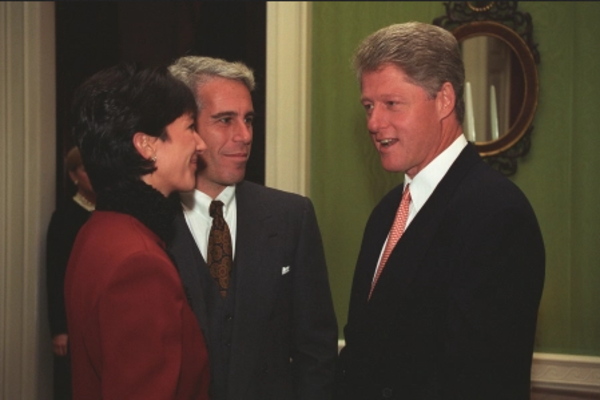 Epstein, who died in 2019, visited Bill Clinton at the Executive Mansion over the course of three years with the first invitation coming just a month after his inauguration in January 1993. The logs show the late financier showed up on 14 separate days, even making two visits in a single day on three different occasions. Epstein was invited by some of Clinton’s most senior advisers and aides, including one who later served as Treasury Secretary, according to records. The documents reveal that the vast majority of Epstein’s visits stated that he was going to the West Wing, meaning there was a strong likelihood he was meeting Clinton.

The fresh revelation comes as Clinton’s ties to Epstein are once again under the microscope thanks to the trial of British socialite Ghislaine Maxwell, who faces charges accusing her of recruiting teenage girls for Epstein. On Tuesday, a longtime pilot for Epstein testified in the Maxwell trial that he flew Clinton, former President Donald Trump, and Britain’s Prince Andrew on his former boss’s plane — nicknamed The Lolita Express — but did not witness any sexual activity.

In recent years, Clinton has attempted to downplay his connections to Epstein, having repeatedly denied visiting Epstein’s private island in the Bahamas. However, Clinton has admitted flying with Epstein on trips from 2002-2003, which “included stops in connection with the work of the Clinton foundation.”

Epstein accuser Virginia Giuffre has reportedly alleged that she was on the island at the same time as the former commander-in-chief.

Via the Daily Beast:

“You know, I remember asking Jeffrey what’s Bill Clinton doing here [on the island],” Giuffre told [a] lawyer. According to a transcript of their conversation, Giuffre added that Epstein laughed off her question and said, “Well, he owes me a favor.”

“He never told me what favors they were,” Giuffre said. “I never knew. I didn’t know if he was serious. It was just a joke.”

In April 2012, The Sun published a photo of Clinton welcoming Epstein and Maxwell to the White House in 1993 after the financier reportedly donated funds for the Oval Office’s refurbishment.

Epstein died in August 2019 after he was found unresponsive in his New York City jail cell, where he was awaiting trial for sex crimes. New York City’s medical examiner ruled his death a suicide by hanging.