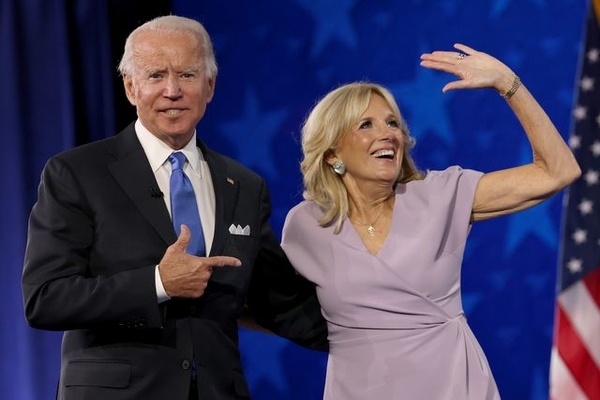 (breitbart) – Hunter Biden could reportedly be charged by the Justice Department for tax violations and lying to law enforcement about illegally purchasing a firearm, as the probe into President Joe Biden’s son comes to a head.

Trump-appointed U.S. prosecutor David Weiss is deliberating whether to charge Hunter for “making a false statement in connection with Biden’s purchase of a firearm at a time he would have been prohibited from doing so because of his acknowledged struggles with drug addiction,” CNN reported Wednesday.

As Breitbart News reported, Hunter may have lied on paperwork he submitted when purchasing a handgun in 2018 by not disclosing his drug additions. Hunter’s sister-in-law, with whom he had an affair, reportedly took his gun and disposed of it. Hunter’s text messages reveal the Secret Service, the FBI, and state law enforcement likely became involved, but without consequences for the president’s son.

The probe, which has been ongoing for years and debated for months among Justice Department officials, also centers on the Biden family’s foreign business schemes while Joe Biden was vice president. During those years, Hunter routinely met with Joe Biden about 30 times at either the White House or the vice president’s residences at the Naval Observatory, Hunter’s laptop from hell revealed.

The deliberations have not only included the Justice Department but have reportedly engulfed the FBI and IRS Criminal Investigation agency.

Hunter has been hoping to settle the investigation without criminal or civil charges, the New York Times reported.

Joe Biden’s Attorney General, Merrick Garland, has promised not to interfere with the probe. “He is supervising the investigation and I’m not at liberty to talk about internal Justice Department deliberations, but he is in charge of that investigation,” Garland said of Weiss.

Weiss will have to weigh if there is enough evidence to seek a federal grand jury indictment against Hunter in an investigation that may end up including other members of the Biden family, such as Joe Biden’s brother, James Biden, and potentially the president himself. CNN reported, however, that the president is not under the microscope of the probe. Yet evidence shows Joe Biden has been involved in his the family business schemes13 times.

The probe into Hunter could include his business dealings with Ukrainian Energy company Burisma Holdings and a Chinese energy conglomerate, as well as implicating his father the Vice President and other family members.

According to a Rasmussen Reports poll on Thursday, most Americans believe the Bidens’ corrupt business practices are worrisome. Sixty-nine percent of voters say Joe Biden is aware of “at least some” of Hunter Biden’s corrupt foreign business deals. Sixty-two percent say it is likely Joe Biden “personally profited from deals with Chinese- government connected companies.”

In 2018 and 2020, Breitbart senior contributor and Government Accountability Institute President Peter Schweizer published Secret Empires and Profiles in Corruption. Each book hit #1 on the New York Times bestseller list and exposed how Hunter Biden and Joe Biden flew aboard Air Force Two in 2013 to China before Hunter’s firm inked a $1.5 billion deal with a subsidiary of the Chinese government’s Bank of China just 10 days after the trip.

Schweizer’s work also uncovered the Biden family’s other vast and lucrative foreign deals and cronyism. Breitbart political editor Emma-Jo Morris’s investigative work on the Hunter Biden “laptop from hell” also captured international headlines when she, along with Miranda Devine, revealed Joe Biden was intimately involved in Hunter’s businesses, appearing to even have a 10% stake in a company the scion formed with officials at the highest levels of the CCP.