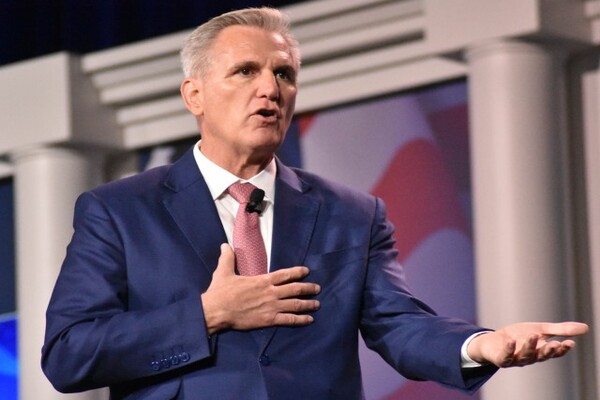 The concessions, negotiated Wednesday night between McCarthy and his critics, are meant to peal several members away from the group of 20 holdouts. McCarthy needs 16 lawmakers to break ranks with the so-called “rebels.”

The concessions McCarthy made are significant. Axios and Politico Playbook reported:

In addition, the McCarthy-aligned super PAC, Congressional Leadership Fund (CLF), pledged it would not spend money in Republican primary races against GOP candidates in open races, as its affiliates had done in several races in the 2022 midterm elections.

It is unknown if the concessions will be enough to move 16 members to support McCarthy. The seventh round of voting is set to resume Thursday at noon.

Critics of the concessions have stated leadership has not always followed through on its promises. House rules have often been suspended in times of political urgency. Others argued the CLF’s promise is unenforceable because other mechanisms exist to funnel money to preferred candidates.

Yet McCarthy’s concessions are substantial and have met many conservative lawmakers’ demands. He said Wednesday he liked the direction of the negotiations.

“I felt as though we had a very good discussion. I think what you should gauge is, being able to do that [adjournment] vote, is that the discussions are going well and they’re continuing. That doesn’t mean they’re done or anything like that,” he told reporters.

The House will keep voting until a speaker is elected. Lawmakers will begin their seventh round of voting Thursday. Playbook reported Thursday some lawmakers have suggested postponing more votes until next week to allow for more time to negotiate. Others have opposed that idea.

“The optics of us leaving without a speaker would be really bad,” a Republican lawmaker told the publication.