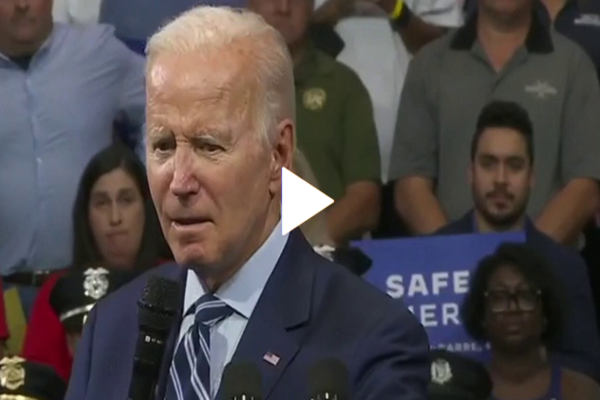 Before we go any further, I find all this “classified document” handwringing silly. Speaking objectively outside the tit-for-tat of partisan politics, everyone knows America goes overboard with that big, red CLASSIFIED stamp. Hey, and who can blame us? Stamping something CLASSIFIED has to feel pretty cool. Reading something stamped CLASSIFIED must feel even cooler. So why not stamp, stamp, stamp your way to that warm and fuzzy feeling of self-importance?

Plus, by stamping everything CLASSIFIED, the Deep State can frame people for invented crimes, embarrass them politically, and meddle in elections. And we all know how much the FBI, NSA, CIA, and Homeland Security love to frame people to protect the Democrat party.

Here’s my view of what’s happening to Trump: From what we know, the classified documents in his possession were secured in a single place — within his residence at Mar-a-Lago, which is guarded by Secret Service. Additionally, and again from what we know, the National Archives had an inventory of these documents, knew what Trump had, and negotiated their return.

Finally, as president, Trump had the power to declassify anything for any reason at any time.

In summation, for a year-plus, Trump and the National Archives knew what Trump had, and what Trump had was secured in a single place located in a building that is itself secured by Secret Service.

This resulted in the fascist FBI raiding Mar-a-Lago and the hiring of a special counsel to investigate the Bad Orange Man.

The whole Trump document scandal is beyond stupid and an obvious attempt by fascist Attorney General Merrick Garland to stop Trump from beating Biden in the upcoming presidential election.

Granted, information might arrive that changes my mind, but as of right now, the Trump Classified Document Scandal is nothing more than a reheated version of the Russia Collusion Hoax.

Not so much with His Fraudulency…

First off, the Biden documents in question have so far been found in three, count them — three — separate and unsecure locations:

Side note: Are we supposed to believe someone as dumb as Joe Biden has both a think tank and a library? I’ll bet both the library and think tank have pinball machines and a soda fountain.

There is a no less secure place in a home than a garage.

And how do you like the thought of America’s secrets blowing around an abandoned office?

But let’s look at the most important facts…

The National Archives knew what Trump had. Further, he had these documents secured in a single location, knew what he had, knew where they were, and that location had Secret Service protection.

Worse still, while renting his father’s Delaware house for an apparent $49,000 a month (Biden’s taxes disagree – uh, oh), Hunter “Hard Partier” Biden had access to Biden’s garage and library, and therefore access to America’s secrets. And let’s not pretend Hunter wasn’t looking for every way possible to make money off his father’s name and status.

Plus, how many of Hunter’s pals partied at that Delaware house? How many crept around while Hunter was passed out naked in a hot tub with a hooker under one arm and El Chapo under the other?

Trump’s political adversaries in the FBI and Justice Department are reporting what was in his possession, so you can bet nothing is being downplayed.

Unfortunately, the people in charge of ferreting Biden’s classified confetti are his own people, his allies, his attorneys, and the fascist FBI and Justice Department. Would it surprise anyone to discover we’re not being told the half of it?