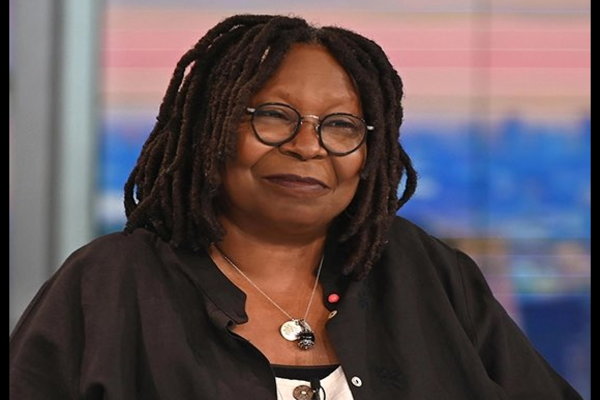 (breitbart) – After causing an uproar the first time around, comedian and TV host Whoopi Goldberg again claimed the Holocaust was not racial in nature but was an example of “white on white” violence, because both Nazis and Jews are white people.

Goldberg was suspended from her job co-hosting “The View” for two weeks earlier this year over similar remarks during one episode.

During an interview with the Sunday Times over the weekend, Goldberg lamented the outcry her comments generated back then, and defended herself saying the claim that Jews were not the victims of racism during the Holocaust was factually correct.

When the interviewer countered Nazis did not view the Jews as white people but rather as a subhuman race, Goldberg responded by saying, “Yes, but that’s the killer, isn’t it?”

“The oppressor is telling you what you are,” she continued.” Why are you believing them? They’re Nazis. Why believe what they’re saying?”

“It doesn’t change the fact that you could not tell a Jew on a street,” she said.

“You could find me. You couldn’t find them. That was the point I was making,” she said, before going on to suggest that the outrage had been disproportionate. But you would have thought that I’d taken a big old stinky dump on the table, butt naked.”

In an episode of “The View” in January, Goldberg “the Holocaust isn’t about race,” but was an example of “man’s inhumanity to man.”

As Breitbart News reported, she then turned to her co-hosts and called on them to be “truthful” about the Holocaust, and admit that Jews and Nazis “are two white groups of people.”

Goldberg, who changed her name to sound Jewish despite having no Jewish ancestry, later issued an on-air apology, stating “words matter” and that she “stands with the Jewish people.”

Shortly after the scandal broker, however, she appeared on Steven Colbert’s “The Late Show” and seemed to walk back her apology. Goldberg told Colbert:

Goldberg’s choice to double down on the claim both with Colbert and in the more recent Sunday Times interview suggests her apology was insincere.