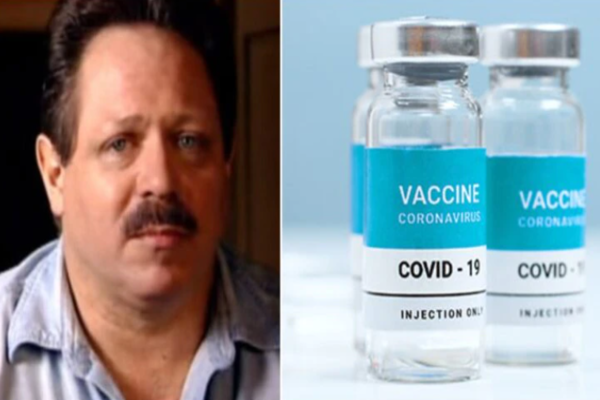 (bigleaguepolitics) – Christopher Langan, a man once called the “world’s smartest man” by the media for having a 210 IQ, is urging resistance to the COVID-19 vaccine.

Langan made a post in his Facebook group where he addressed his concerns with the COVID-19 vaccine, the mandatory vaccine regime, and its dire implications for mankind.

“A mass human die-off would be traumatic and threaten the status quo. If the human population crashes and the economy follows suit, the elite will have nothing, no innate superiority or adaptivity, that might protect them and conduce to their survival. Hence, they prefer mass sterilization and a slower (but still rapid) population decline,” he wrote.

Langan admitted that population growth concerns are legitimate but felt the approach of the elite is highly unethical and misinformed. He made some controversial conclusions as a result of his analysis.

“In short, by virtue of stuffing their pockets and pushing everyone else around, the elite consider themselves a “Master Race”, a kind of global livestock breeding association to which the rest of the species is nothing but a herd of docile cattle to be bred for servility and barely enough intelligence to follow orders,” he wrote.

“This has been clearly and irrefutably documented by e.g., the “White Genocide” agenda described a century ago by R.N. Coudenhove-Kalergi, originally funded by the Rothschilds, Warburgs and other international bankers and now pursued as international policy throughout the Western world,” Langan continued.

“It’s easy to see where this leads, and it’s nowhere good. Personally, I’m willing if necessary to do severe physical harm to anyone attempting to force one of these injections on me, and the same should be true of any other decent self-respecting person,” he added.

In a followup post, he elaborated on the reasoning behind his conclusions.

“Resisting the ‘vaccine’ helps the elite identify you as someone who is better killed and therefore eligible for ‘leader vaccination,’” Langan said.

“Any worthwhile slaves who die immediately are acceptable collateral damage; besides, every death serves the depopulation agenda,” he continued.

“This is a mass-scale operation in which human error makes it impossible to efficiently select for “quality”, whether quality is defined on objective merit, or serviceability to the parasitic overclass,” Langan added.

Langan will inevitably be branded as a conspiracy theorist and other slurs for expressing his point of view against the globalist technocracy, but he certainly has courage to speak out during a time of increasing censorship and repression.