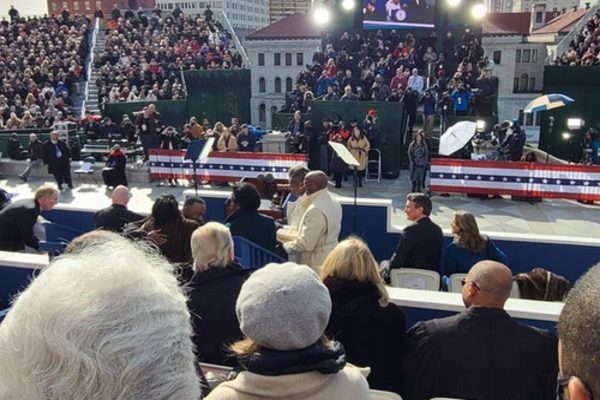 “And you know what? I would ask the press to turn your cameras around and show the kind of crowd that we have, because nobody’s ever had a movement like this,” he continued:

“You can look a hundred yards behind the cameras and it’s a sea of people. In fact, the press is blocking people out, and that’s a shame,” he added.

News anchor Ed Henry shared photos of the rally and said there was a traffic jam with more people trying to get in to the event:

“The line keeps on growing with less than five hours remaining until President Trump takes the stage!!!” Right Side Broadcasting reported earlier in the day.