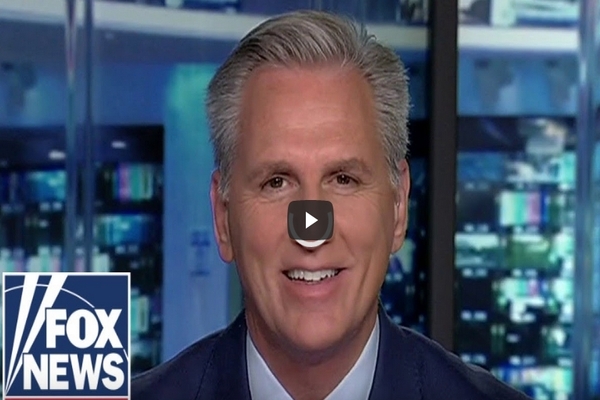 First up, according to the California Republican, after electing the Speaker of the House was to repeal the 87,000 IRS agents provision passed by Congress earlier this year.

“Great question – the first thing we have to do is elect our Speaker. We can’t do anything until we elect that Speaker,” he said. “And if you watch, the White House is actually pushing back on our investigations, saying we’re not going to give you anything till you get this solved. So, we need to be able to move forward with that.”

“Then, on the very first day, the first thing we’re going to do is repeal the 87,000 IRS agents,” McCarthy continued. “Another reason why the Democrats are mad at me, I think – government should be here to help you, not to go after you, then we’re going to secure our border. You’ve got to secure this border, the millions of people coming across, the fentanyl that’s killing our children. We need to work on our economy. That means making us energy-independent. We need to hold this government accountable. Where’s the origin of COVID began? Find out what this Biden family had done in the process. Make sure the FBI is not going after Americans but actually going after crime. We’ve got so much work behind us, and we need to start on the very first day.”