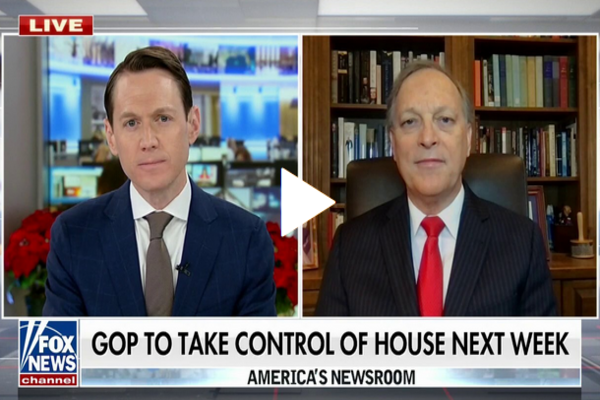 (breitbart) – Representative Andy Biggs (R-AZ) said Thursday on FNC’s “America’s Newsroom” that he does not see any scenario in which he would support House GOP leader Kevin McCarthy (R-CA) for speaker.

Guest host Rich Edson said, “Congressman, there is a speaker race coming up in less than a week. Who is going to be speaker?”

Biggs said, “We will have to have that vote on January 3. Right now, nobody has 218 votes which is the magic number. I don’t we are going to see that until January 3. Maybe it will take a few ballots to shake that out.”

He added, “There are several people that are very capable of being speaker of the House. I think we will get a consensus candidate, and we will get it in fairly short order and move on.”

Edson asked, “Is there any scenario that you would ever vote for Leader McCarthy on any ballot, any scenario where he gets your vote?”

Biggs said, “I  don’t think so. I do not think so. And here’s why. He’s got a body of work. You go back to ’17 and ’18. Look at the, look at why we had Democrats voting for the Republican budgets. Because the Republicans didn’t want those budgets, but the floor Leader, Mr. McCarthy, cut those deals with the Democrats. President Trump signed those budgets, but he said they were the worst budgets ever, and he was probably right, until the later budgets that we’ve seen from the Democrats.”