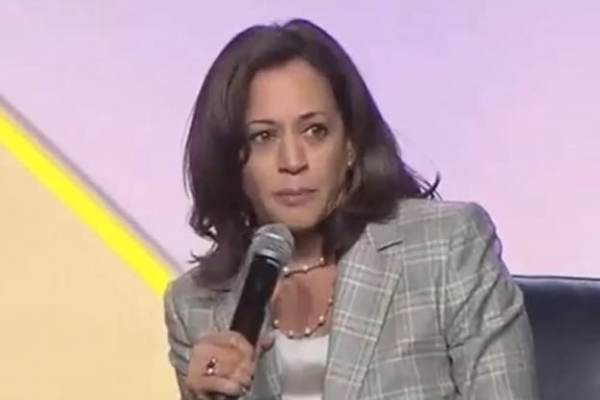 On Sunday, March 7, 1965, white Alabama state troopers brutally attacked civil rights activists in Selma as they crossed the Edmund Pettus Bridge in a march for voting rights. According to Kamala Harris, Republicans passing voter ID laws (which black Americans support) and limiting mail-in voting are just like the actions of those troopers.

“Those brave marches continued to push forward to secure the freedom to vote. And they were pushed back. Today we stand on this bridge at a different time. We again, however, find ourselves caught in between injustice and justice, between disappointment and determination, still in a fight, to form a more perfect union,” she said.

“Nowhere is that more clear than when it comes to the ongoing fight to secure the freedom to vote,” she added.

The vice president recalled the record voter turnout during the 2020 election as a “triumph of democracy” while ignoring the fact that the state of Texas recently had high voter turnout despite the fact it passed one of the very laws she claims hinders voting.

“A record number of people cast their ballots in the 2020 elections. It was a triumph of democracy in many ways. But not everyone saw it that way. Some saw it as a threat. And so as powerful people have done many times in our nation’s history, they launched an assault on the freedom to vote,” she said.

As Breitbart News recently profiled, the state of Texas saw a high voter turnout in the recent primary election, a fact that Democrats have overlooked:

The Lone Star State’s Tuesday night primary election — the first major election since the state’s election integrity legislation was signed into law — ran smoothly as polling locations appeared not to have reported any negligible issues.

Despite this, the vice president charged that Senate Republicans are guilty of being like racist Alabama troopers for their refusal to pass the Democrats’ much-criticized John Lewis Voting Rights Advancement Act.