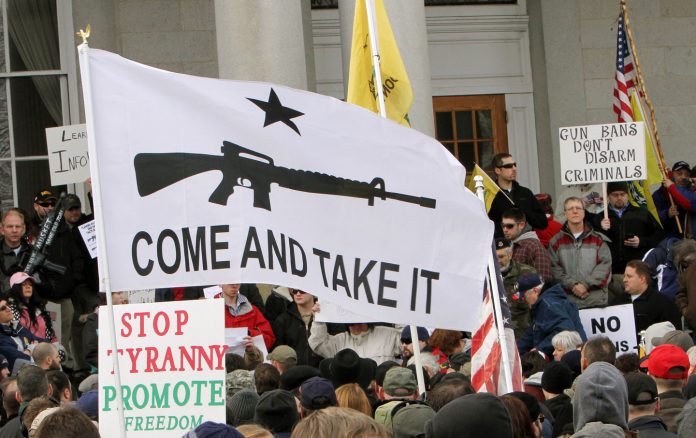 The NRA asked members to flood the January 13, 2020, Virginia Senate meetings and ensure pro-Second Amendment voices drowned out those calling for gun control.

The Washington Free Beacon reports the presence of thousands of NRA members “appeared to have an impact.” Democrats withdrew a bill aimed at AR-15 confiscation and moderated other gun control proposals.

But NRA-ILA Virginia state director Daniel Spiker made clear the changes, though good, were not enough.

He said, “While there were some improvements to some of these bills, overall, it’s still bad legislation. Putting in more regulations and making it more onerous on the law-abiding citizens of Virginia is not something we stand for.”

He pointed out attempts to legislate gun control serve as a way to usurp the Constitution: “The Constitution is specific; it ‘shall not be infringed.’ If somebody wants to restrict those rights then they need to follow it by altering the Constitution, not by putting in place legislation that is in conflict with the Constitution.”