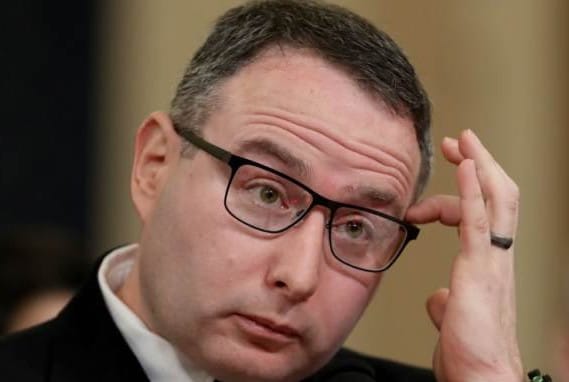 Senator Johnson wrote the Congressman a letter to provide his first-hand information and perspective on events relevant to the impeachment inquiry.

Johnson traveled to Ukraine with special envoy Kurt Volker, spoke to Ukrainian President Volodymyr Zelensky in person and spoke to President Trump about the hold on military aid — unlike all of the ‘witnesses’ Schiff has dragged in to testify using fourth-hand information.

Johnson clearly suggested Vindman was behind the leaks ‘outside his chain of command.’

During his trip to Ukraine Vindman told Ukrainians to ignore President Trump — Vindman actually thinks he is superior to Trump even though he is an inferior official in the intel department.

Vindman, during his closed-door testimony also flatly denied he knew the identity of the whistleblower (Eric Ciaramella); however, it is believed he was the primary source for Eric Ciaramella.

Vindman’s boss Tim Morrison testified that Vindman was untrustworthy, was a leaker who thought he was in charge.

On Thursday night news broke that Vindman will be removed from the National Security Council!

The White House is weighing a plan to dismiss Alexander Vindman from the National Security Council after he testified in President Donald Trump’s impeachment inquiry, preparing to position the move as part of a broader effort to shrink the foreign policy bureaucracy, two people familiar with the matter said. Any moves would come after the Senate on Wednesday acquitted Trump on a near party-line vote at the conclusion of the two-week impeachment trial. The White House intends to portray any house-cleaning as part of a downsizing of the NSC staff, not retaliation, according to the people.

President Trump on Moving Alexander Vindman Out of White House: “I’m Not Happy with Him… They’ll Be Making a Decision. You’ll Be Hearing” (VIDEO)

President Trump was asked about the reports that Deep State hack and leaker Alexander Vindman will be removed from the White House.