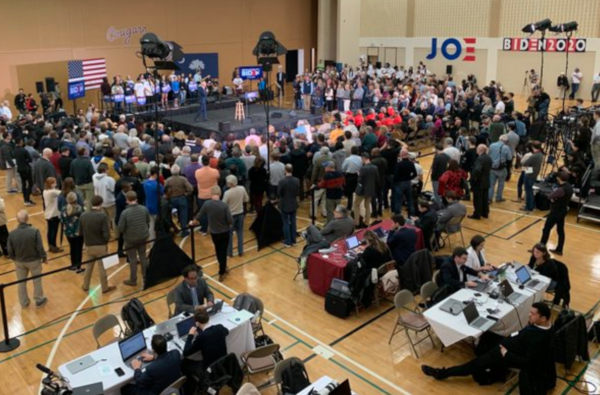 (Gateway Pundit) – Biden regularly brags that he’s the only candidate who can beat President Trump, but he can’t even draw a decent crowd at any of his events.

The turnout at Joe Biden’s Charleston, South Carolina rally on Monday was abysmal.

Biden spoke to a very small crowd at the College of Charleston amid reports his South Carolina “firewall” was crumbling.

Biden needs to win South Carolina after taking a punch to the gut in Iowa, winning zero delegates in New Hampshire and taking 2nd place in Nevada.

A new NBC News/Marist poll shows Biden only has a 4 point lead over Bernie — and this is within the margin of error.

But Biden insists he’s going to “beat President Trump like a drum.”