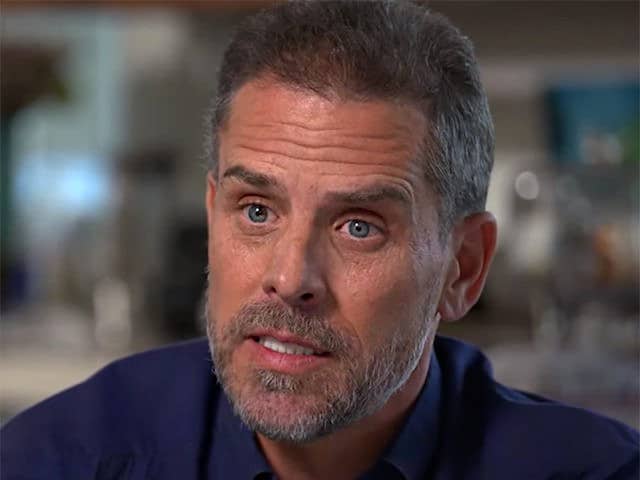 (Breitbart) – The impeachment inquiry into President Donald Trump backfired on congressional Democrats Wednesday, when a star witness inadvertently made the case that Hunter Biden’s wheeling and dealing in Ukraine should be investigated.

Testifying before the House Intelligence Committee on the opening day of the inquiry, Deputy Assistant Secretary of State George Kent admitted that U.S. officials had been urging the Ukrainian government for some time to explain why an investigation into Burisma Holdings, the eastern European oil and gas company that employed Hunter Biden on its board of directors, was shut down.

“We’ve continued to press Ukrainian officials to answer for why allege corrupt prosecutors had closed [the] case,” Kent said. “We have until now got an unsatisfactory answer.”

Kent, who has claimed former New York City Mayor Rudy Giuliani engineered the firing of the former U.S. ambassador to Ukraine through a “campaign of slander,” is considered a key witness for congressional Democrats as they seek to prove the president’s conduct rises to the level of impeachment.

On Wednesday, however, Kent inadvertently strengthened the argument that Republicans and the president, himself, have made that Hunter Biden’s conduct in Ukraine should be probed given his father’s role overseeing policy in the region and the allegations of corruption lodged against Burisma and its founder, Mykola Zlochevsky.

It was on the latter front that Kent’s testimony proved particularly revealing. The state department official admitted he and his colleagues believed Zlochevsky “had stolen money” and the Ukrainian prosecutor charged with investigating him shut down the case after taking a bribe. When asked if he was in favor of the Ukrainian government reopening the probe into Bruisma and Zlochevsky, Kent asserted he would “love” to see such an action so it could become clear who was bribed and to what extent.

Kent also asserted that Burisma had a “mixed business reputation” and Hunter Biden’s decision to join its board of directors had led him to raise concerns with former Vice President Joe Biden’s office in 2015.

“In a briefing call with…the office of the Vice President…I raised my concern that Hunter Biden’s status as a [Burisma] board member could create the perception of a conflict of interest,” Kent testified.

At the center of controversy is how and why Hunter Biden secured the appointment, which at times paid more than $83,000 a month. As Peter Schweizer, senior contributor at Breitbart News, detailed in his book, Secret Empires: How the American Political Class Hides Corruption and Enriches Family and Friends, Hunter Biden had no prior experience with either the energy industry or Ukraine before joining Burisma in April 2014.

Adding to concerns is the fact that at the time Hunter Biden joined Burisma, the company was seen as actively courting western leaders to prevent further scrutiny of its business practices. The same month Hunter Biden was tapped for the group’s board, the government of Great Britain froze accounts belonging to Zlochevsky under suspicion of money laundering.

Zlochevsky, a former Ukrainian minister of natural resources, would later be accused of corruption for using his office to approve oil and gas licenses to companies under his control. A Ukrainian official with strong ties to Zlochevsky admitted in October the only reason that Hunter Biden secured the appointment was to “protect” the company from foreign scrutiny.