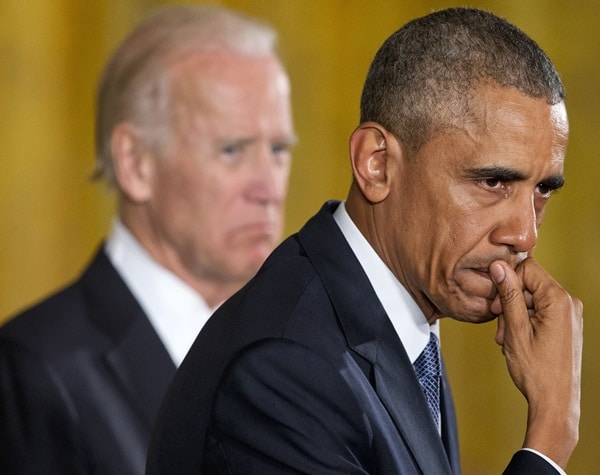 (Gateway Pundit) – According to newly released FOIA documents State Department officials, including fired Ambassador Marie Yovanovitch KNEW about the Biden Crime Family’s Burisma scandal back in 2015. They even prepared answers to potential Congressional testimony on the matter.

Yovanovitch was fired by President Trump. She never said anything about the glaring Biden scandal but is very upset that Trump asked Ukraine to investigate the 2016 election interference and the Biden Crime family scandal.

Above: Joe Biden and son Hunter golfing in the Hamptons with Devon Archer, who served on the board of the Ukrainian natural gas company Burisma Holdings with Hunter.

Whatever the Biden family recollections, the Obama State Department clearly saw the Burisma Holdings investigation in the midst of the 2016 presidential election as a Joe Biden issue.

Memos newly released through a Freedom of Information Act lawsuit filed by the Southeastern Legal Foundation on my behalf detail how State officials in June 2016 worked to prepare the new U.S. ambassador to Ukraine, Marie Yovanovitch, to handle a question about “Burisma and Hunter Biden.”

In multiple drafts of a question-and-answer memo prepared for Yovanovitch’s Senate confirmation hearing, the department’s Ukraine experts urged the incoming ambassador to stick to a simple answer.

“Do you have any comment on Hunter Biden, the Vice President’s son, serving on the board of Burisma, a major Ukrainian Gas Company?,” the draft Q&A asked.

The recommended answer for Yovanovitch: “For questions on Hunter Biden’s role in Burisma, I would refer you to Vice President Biden’s office.”