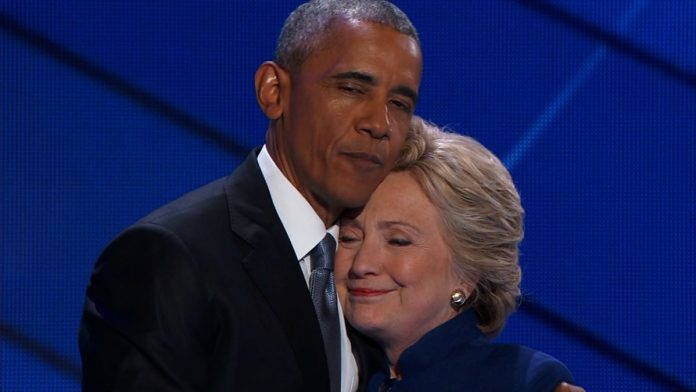 (Gateway Pundit) – On Friday night former US Attorney and Rep. John Ratcliffe went on with Jason Chaffetz on Hannity and revealed he has seen the documents that indicate that Comey and Brennan were running an op BEFORE the opening of Crossfire Hurricane.

Fired FBI Director James Comey stated in March of 2017 under oath that the FBI investigation into the Trump – Russia scandal started in July 2016.

TGP contributor Joe Hoft reported on this back in March of 2019.

The Gateway Pundit confirmed at that time that the Obama CIA and FBI were spying on Trump way before Crossfire Hurricane.

The pieces of the coup to undermine the Constitution of the United States of America are coming undone. Evidence from various sources now confirms that Obama’s CIA, DOJ and FBI illegally spied on the Trump team starting in 2015 and then built a coup to prevent him from winning the election and later remove him from office!

As we reported on June 4, 2018, the US Senate released over 500 pages of information related to the Spygate scandal. Hidden in the information were unredacted Strzok – Page texts that show the FBI initiated actions to insert multiple spies in the Trump campaign in December 2015.

We reported that according to far left LA Times, Comey stated in March of 2017 under oath that the FBI investigation into the Trump – Russia scandal started in July 2016. Now we know without a doubt that Comey lied about this.

A text message released by the US Senate showed words that were redacted when the FBI released the same texts long ago. The texts show evidence of collusion and wrongdoing by Obama’s FBI.

Super-spy Tony Shaffer retweeted a tweet by Nick Falco showing that text messages between dirty cops Peter Strzok and his girlfriend in the FBI, Lisa Page, lead to information that ‘Spygate’ started in early 2015 –

1) BOMBSHELL- From DECEMBER 2015–The word LURES is redacted by FBI but not OIG “OCONUS LURES” OCONUS= Outside Contiguous US LURES= In this context LURES = SPIES – multiple Is this an admission that the FBI wanted to run a baited Sting Op using foreign agents against Trump? pic.twitter.com/OtLxlOEGsV — Falco (@Nick_Falco) June 4, 2018

Additional information we also provided showed that Obama’s spy, Stefan Halper, was awarded a contract in September of 2015.

Retired assistant FBI director for intelligence Kevin Brock also has questions. Brock supervised an agency update to their longstanding bureau rules governing the use of sources while working under then-director Robert Mueller. These rules prohibit the FBI from directing a human source to perform espionage on an American until a formal investigation has been opened – paperwork and all. Brock sees oddities in how the Russia case began. “These types of investigations aren’t normally run by assistant directors and deputy directors at headquarters,” he told me. “All that happens normally in a field office, but that isn’t the case here and so it becomes a red flag. Congress would have legitimate oversight interests in the conditions and timing of the targeting of a confidential human source against a U.S. person.” -The Hill

The problem with Comey lying about the start date of the Trump counterintelligence campaign before Congress is that it is against the law.

Now we know that President Trump was correct in retweeting our story!

There’s a lot of information out there that tells us that the FBI was thick into this all through 2016 not just starting at the end of July like they’d like to claim.

In addition, we now know from Jeff Carlson at the Epoch Times who obtained a copy of Nellie Ohr’s testimony to Congress, that Nellie, who was a CIA agent, started working against Trump in 2015 –

The implication here is that Nellie Ohr approached Fusion-GPS owner Glenn Simpson for a job; essentially to work on political opposition research files Fusion-GPS was assembling in 2015. This is distinctly different from Glenn Simpson seeking out Nellie Ohr, and opens the entire background to larger ramifications. Our research has always indicated that Nellie’s work product was transmitted to Christopher Steele as part of an intelligence laundry process. Chris Steele laundered Nellie’s information, provided second verification where possible, formatted into an official intelligence file, and returned that file -now named the Steele Dossier- to the FBI. However, if it becomes verified that it was CIA contracted (former or current) Nellie Ohr who approached Simpson, then it becomes possible, perhaps likely, the intelligence information (seeds carried by Nellie), originated from the CIA.

This means that Obama’s CIA, DOJ and FBI, all started working on spying on, infiltrating, harassing and framing the Trump campaign in 2015!

The light is beginning to shine on the many crooks in the Obama Administration. Let it burn!