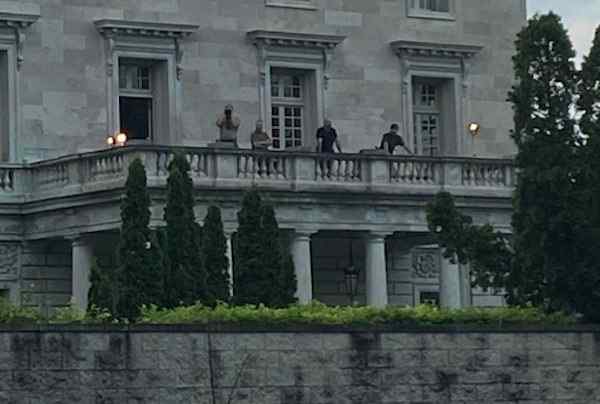 Mark and Patricia McCloskey were eating dinner when the criminal mob marched down their street, painted the street and protested in front of Mayor Lyda Krewson’s home.

The McCloskeys, in fear for their lives and property, armed themselves and told the protesters to get off their property.

The McCloskeys made the national news for brandishing their guns and protecting their home.

Last night we received word that the criminal Black Lives Matter protest mob was planning another rally on Friday night and they were going to target the McCloskey home.

Tonight the McCloskeys are ready.

A current view of their home shows armed security on their balcony.

The protesters are marching past the McCloskey home.

Here are more photos from the street near the McCloskey home.

The protest mob vanished and moved on to their next victims.

The police were at their home a bit ago.