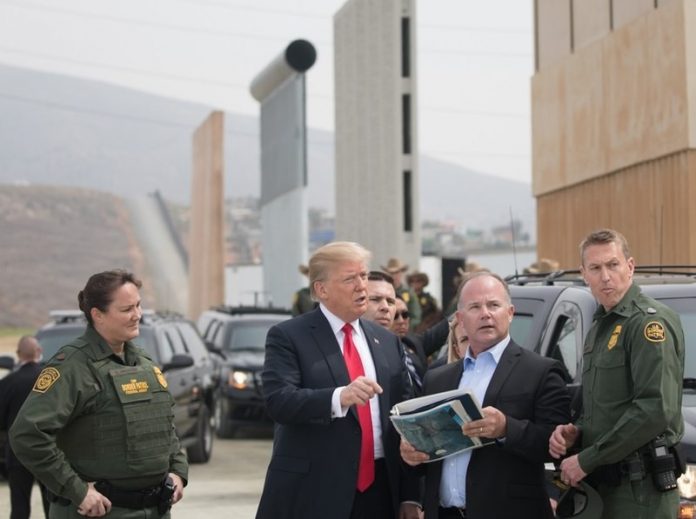 In a 2-1 ruling, the 5th Circuit Court of Appeals, based in New Orleans, granted a ruling by a Texas judge, which put the funds on hold.

The latest ruling give Trump yet another victory on his campaign plan to build a wall on the U.S.-Mexico border. The Supreme Court last July set aside a similar injunction issued by a federal judge in Oakland, Ca.

“Breaking News: The Fifth Circuit Court of Appeals just reversed a lower court decision & gave us the go ahead to build one of the largest sections of the desperately needed Southern Border Wall, Four Billion Dollars. Entire Wall is under construction or getting ready to start!” the president wrote on Twitter.

“The latest ruling applies to the military construction funds. Last September, Secretary of Defense Mark Esper authorized diverting $3.6 billion in the construction funds for 11 wall projects on the southern border with Mexico. The Pentagon said at the time that half the money was coming from deferred projects overseas, and the other half was planned for projects in the US,” CNN reported.

The ruling doesn’t apply to the use of other funds, including counter-drug and Treasury Forfeiture Funds, that have been designated for wall construction. In February 2019 Trump ended a 35-day government shutdown when Congress gave him $1.4 billion in wall funding, far less than he had sought. He subsequently declared a national emergency to get money from other government accounts to construct sections of the wall. “We don’t control our own border,” Trump claimed at the time. “We’re going to confront the national security crisis on our southern border and we’re going to do it — one way or the other we have to do it.”