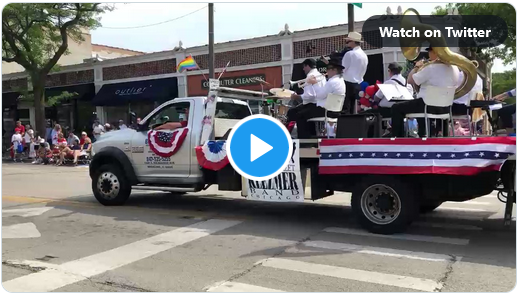 (breitbart) – Police are seeking a white male whom they said opened fire from a rooftop Monday morning during a July 4th parade in a Chicago suburb.

Breitbart News reported at least six were killed and 24 injured in the incident.

Police are seeking “a white man between 18 and 20 years old with a small build and longer black hair.”

Lake County Sheriff Sgt. Christopher Covelli indicated that the suspect shot into the parade from a rooftop.

Covelli added, “We’re asking everybody to stay indoors. Stay vigilant right now. This person has not been identified. By all means, at this point, this appears to be completely random.”

The Chicago Sun-Times quoted Highland Park resident Miles Zaremski. “I heard 20 to 25 shots, which were in rapid succession,” Zarenski said. “So it couldn’t have been just a handgun or a shotgun.”

Parade goer Alexander Sandoval said, “We saw the Navy’s marchers and float pass by, and, when I first heard the gunshots, I thought it was them saluting the flag and shooting blanks. But then I saw people starting to run, and the shots kept going. We started running.”