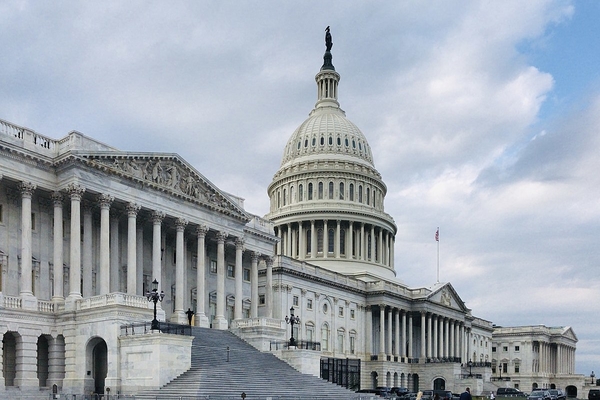 (breitbart) – Eighty House Republicans voted with Democrats on Tuesday to pass the Immunization Infrastructure Modernization Act, which if passed by the Senate and signed into law would fund a federal vaccination database.

According to the bill, also called  H. R. 550, the government would provide $400 million in taxpayer dollars to fund “immunization system data modernization and expansion,” a system otherwise defined as “a confidential, population-based, computerized database that records immunization doses administered by any health care provider to persons within the geographic area covered by that database.”

The text specifically outlines an expansion of Centers for Disease Control and Prevention (CDC) and Public Health Department capabilities and the ability for state and local health departments, as well as public and private health care providers, to share health data with the federal government.

In a statement, the bill’s main sponsor, Democrat Rep. Ann Kuster (NH), said the system would be used to “remind patients when they are due for a recommended vaccine” and identify areas with low vaccination rates to “ensure equitable distribution of vaccines.” Notably, the bill has four Republican co-sponsors: Reps. Larry Bucshon (R-IN), James Baird (R-IN), David McKinley (R-WV), and Brian Fitzpatrick (R-PA). Not one Democrat voted in opposition to the bill.

Rep. Mary Miller (R-IL), who was one of the 130 Republicans to vote “no,” told Breitbart News exclusively on Wednesday that the legislation would enable the federal government to “track” unvaccinated Americans who “will be targeted and forced to comply with Biden’s crazy ‘global vaccination’ vision.”

“These systems are designed to allow for the sharing of crucial information and maintenance of records. Do we really trust the government to protect our medical records?” Miller said. “The bill’s author even bragged in her press release that these systems will help the government remind patients when they are due for a recommended vaccine and identify areas with low vaccination rates to ensure equitable distribution of vaccines. This was clearly a legislative tool to enforce vaccine mandates and force their Orwellian rules onto those who do not comply.”

Rep. Byron Donalds (R-FL) also voted “no” on the bill, citing “Democrats’ habitual pattern of reckless and wasteful spending” in an exclusive statement to Breitbart News. The congressman said the legislation only serves to expand the power of the federal government and trample individual rights.

“This legislation would unnecessarily appropriate millions of taxpayer funds intended to expand bureaucracy in Washington. A database solely created to record and collect confidential vaccination information of Americans explicitly encroaches upon individuals’ fundamental right to medical privacy,” Donalds said. “As a fiscal conservative, I cannot in good faith support legislation that contributes to the Democrats’ habitual pattern of reckless and wasteful spending and the intrusive heavy hand of government.”

Miller noted that the legislation paves the way for the government to give blue states millions in taxpayers funds to enforce vaccine mandates. According to the bill’s text, the government could award grants and cooperative agreements to health departments or other local governmental entities for agreeing to adopt the new data collection guidelines set by the CDC. Any agencies hoping to receive a grant must agree to comply with security standards to protect personal health information.

“…The government has become so large, you cannot expect them to keep anything private anymore. There is hardly any congressional oversight into studies these agencies conduct,” she added.

Kuster is urging the Senate to quickly pass the legislation, saying the pandemic showed just how underprepared the country’s “vaccine infrastructure” is. She emphasized that the legislation would help better prepare healthcare systems for “future public health crises.” She said in part:

COVID-19 pulled back the curtain on our vaccination systems and highlighted the urgent need for upgrades. I’m proud the House passed my bipartisan Immunization Infrastructure Modernization Act to expand the enrollment and training of vaccine providers, update public health information technology to efficiently manage vaccine supply, and allow patients and providers to communicate securely in real-time.

Miller contended that the government has “no reason” to collect more vaccination data on Americans.

“As I’ve said many times before, the government is not your doctor. The federal government has no business inserting itself into private healthcare matters of Americans. There is no reason for them to collect this data, it is an affront to our liberties and health freedoms,” she said. “This kind of legislation is always passed because the government has its hands in everything nowadays, often at the expense of the freedoms and privacy of Americans. This bill would allow the government to collect, study, and share your private health data. There are endless ways the government could potentially use that information against you – purposefully and accidentally.”