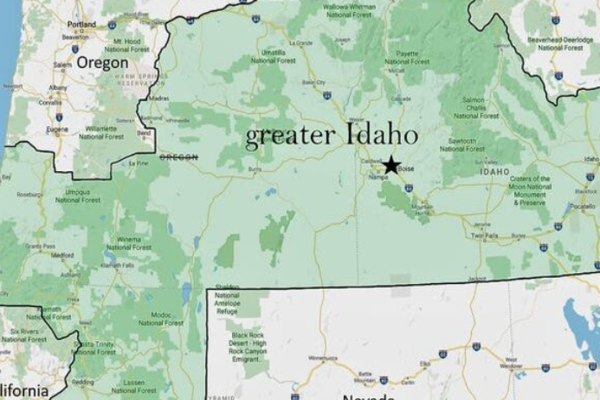 (bigleaguepolitics) – Five rural counties in Oregon have approved measures to leave their current state and become part of Idaho.

Voters in the counties of Malheur, Sherman, Grant, Baker, and Lake clearly expressed their desire to take tangible steps toward redrawing the borders on Tuesday. Two other rural Oregon counties, Jefferson and Union, voted in favor of similar measures last year.

Activists in the “Greater Idaho” movement—officially named “Move Oregon’s Border for a Greater Idaho”—have spearheaded these efforts to achieve greater representation in a government that shares their culture and values.

“The Oregon/Idaho border was established 161 years ago and is now outdated,” their website reads. “It makes no sense in its current location because it doesn’t match the location of the cultural divide in Oregon. The Oregon/Washington border was updated in 1958. It’s time to move other borders.”

Discover matches all the cash back you’ve earned at the end of your first year. See terms.

“Areas that vote like Idaho does, and are economically healthy enough to be welcomed by Idaho are: eastern, southern, and most of central Oregon, southeastern Washington, and northeastern California,” the movement adds. “This proposal is different from creating a new state because it does not affect the balance of power in the US Senate.”

It remains highly unlikely, however, that the borders of Oregon and Idaho will change to reflect the desires of the Greater Idaho movement anytime soon. The Idaho and Oregon state legislatures need to agree on the border changes first, and then they will need US congressional approval.

The movement argues that their conception of a Greater Idaho is not just a win for them, but also for the leftists in northwest Oregon who “would be free of ‘low-income, Trump-voting counties.’” But the current manifestation of the left is imperialistic and domineering; it’s nearly impossible to conceive of them granting rural Oregonians their wish of becoming Idahoans.