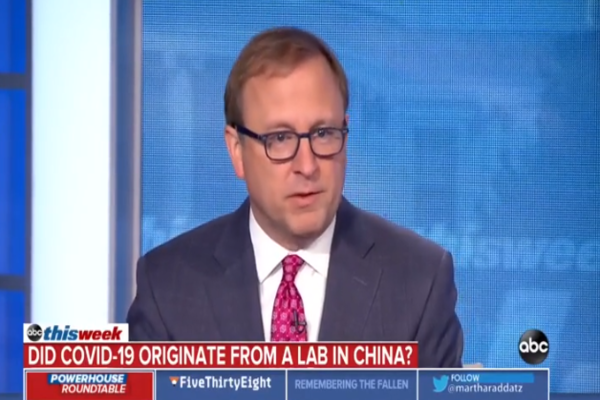 (breitbart) – ABC News’ Jon Karl said Sunday on “This Week” that even though he thought former President Donald Trump made a “racist appeal talking” regarding China’s connection to COVID-19, some things he said may be true like the coronavirus pandemic likely came from a leak at a lab in China.

Anchor Martha Raddatz said, “I want to turn to COVID. We talked about COVID this week, and travel is up again, and the numbers of COVID cases are way down, but a lot of talk this week about the origin of COVID, again. Tom Cotton especially and many people in the Trump administration said it originated in the lab in Wuhan, China, not with bats. They’re taking a second look at that. Some people have egg on their face, and why does this matter?”

Karl said, “Well, I mean, look, it matters for the same reason we were talking about the January 6 commission. We should find out what happened. This is one of the greatest crises our country has ever faced, and the world has ever faced. We need to know how it started. I think a lot of people have egg on their face. This was an idea that was first put forward by Mike Pompeo, Secretary of State of Donald Trump.”

He added, “Look, some things may be true even if Donald Trump said them. And there was because Donald Trump was saying so much else. It was just out of control. Because he was, you know, making a frankly racist appeal talking about Kung-flu and the China virus, his notion put forward — or no, he said flatly this came from that lab, and it was widely dismissed. But actually, there is some real reason — we don’t know, by the way, we still don’t know, we absolutely don’t know— but now serious people are saying it needs a serious inquiry.”