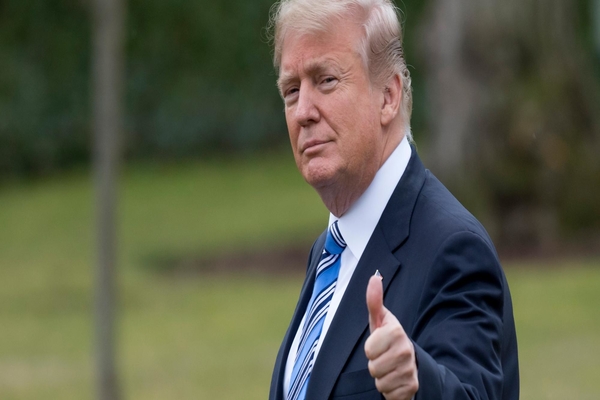 The meme that keeps on memeing memed a little more on Friday when a Southwest Airlines pilot chanted “Let’s Go, Brandon” over the intercom.

The pilot reportedly dropped the “Let’s Go, Brandon” jab during a flight from Houston to Albuquerque, prompting “audible gasps from some passengers,” according to the Associated Press.

“Southwest takes pride in providing a welcoming, comfortable, and respectful environment for the millions of Customers who fly with the airline each year and behavior from any individual that is divisive or offensive will not be tolerated,” the airline said.

Since then, the chant has become a fun, vulgar-free way of expressing disdain for the 46th President of the United States. Writing in the Washington Post, Ashley Parker and Carissa Wolf lamented how Joe Biden’s critics have resorted to hurling “increasingly vulgar taunts” at the president.

It’s clear that after nine months in office, Biden — or at least what he represents — is increasingly becoming an object of hatred to many Trump supporters. The vitriol partly reflects Trump’s own repeated baseless claims that Biden is a usurper, depriving him of his rightful claim to the presidency, and partly stems from Biden actions that Republicans deplore, from his spending plans to his immigration policies.

Yet the anger also demonstrates how a political party or cause often needs an enemy, a target of vilification that can unite its adherents — and, in this case, one refracted through the harshness, norm-breaking and vulgarity of the Trump era.

The Biden White House has denied ever hearing the chant, claiming it stemmed from right-wing extremists on 8chan.

“I had never heard of that chant until you explained it to me,” White House spokesman Andrew Bates told WaPo. “I guess I’m not spending enough time on 8chan or whatever.”