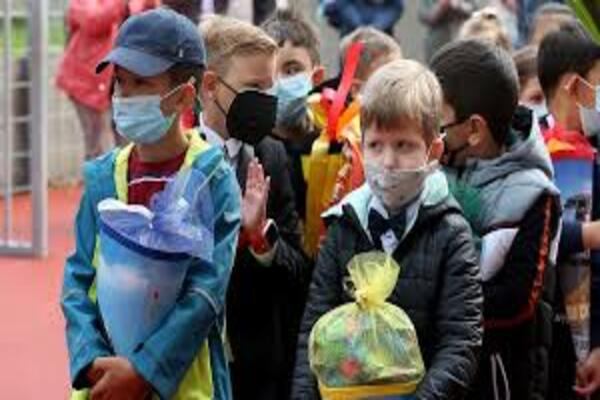 (breitbart) – The American Academy of Pediatrics (AAP) is defending mass mask usage on children yet again as the school year commences, falsely claiming that they “may still be needed to keep kids safe”–despite studies showing the weak efficacy of cloth and surgical masks in blocking exhaled aerosols.

Take, for instance, masked-up California reporting four times more daily cases of the virus than maskless Florida at the end of 2021. The Golden State also showed that widespread mask mandates are not effective, as California’s masked-up Alameda County reported a “near-identical” case rate during the summer as nearby maskless counties, casting further doubt on mask policies.

Additionally, Dr. Anthony Fauci himself privately admitted that drugstore masks are “not really effective in keeping out virus, which is small enough to pass through the material” — affirmed by a University of Waterloo study that found that cloth and surgical masks are roughly ten percent efficient at blocking exhaled aerosols.

However, the AAP contends that “masks may still be needed to keep kids safe.” Furthermore, the organization is now denying that universal masking can delay a child’s language development — a major concern of parents.

“Regardless of mask use, some children will take longer to reach language milestones – and some may need help meeting them,” the AAP said, dismissing concerns related to the mask:

The AAP’s pitch for more mask usage comes more than two years after the start of the Chinese coronavirus. Ironically, far-leftists who advocate for masks have been the first to forgo them, even while pushing them on children. Democrat gubernatorial candidate Stacey Abrams perfectly displayed this phenomenon after smiling gleefully, maskless, around children in masks during a photo op that garnered significant backlash earlier this year:

Florida Gov. Ron DeSantis (R) is among those who have adamantly fought against forced masking in schools, subjecting children to face muzzles.

“We want kids to be able to be kids,” he said in July 2021. “We need them to be able to breathe. It’s terribly uncomfortable for them to do it. There’s not very much science behind it.”

DeSantis explained that Florida already saw some schools that did not have mask mandates and some that did, and the outcomes “were not meaningfully different.”

“I think it’s really important that — parents can obviously equip their kid to go to school however they want, but there shouldn’t be any coercive mandates on our schools,” he said, adding that school districts appear to be going in the right direction, falling in line with the administration’s prioritization of liberty.

“At the end of the day, we got to start putting our kids first. We got to look out for their education,” he said at the time. “Is it really comfortable, is it really healthy, for them to be muzzled and have their breathing obstructed all day in school? I don’t think it is.”