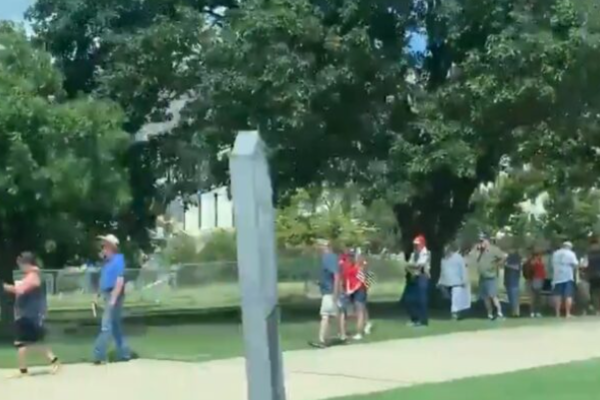 (bigleaguepolitics) – American Face Freedom and anti-vaccine protesters showed up by the thousands Saturday to the Oklahoma State Capitol on Lincoln Boulevard in Oklahoma City, with more than 3,000 citizens peacefully protesting inside the Capitol building against the vaccine mandates that globalist companies are leveling against their workers. Another estimated 2,500 protested outside. Protest organizers in consultation with Oklahoma Capitol law enforcement estimated the crowd size at 6,000.

The enthusiasm in the crowd was joyous as patriots came together to make their voices heard. American freedom lovers are joined in solidarity by Freedom protesters in Montreal, Canada, Paris, France, London, England, and elsewhere around the world on Saturday.