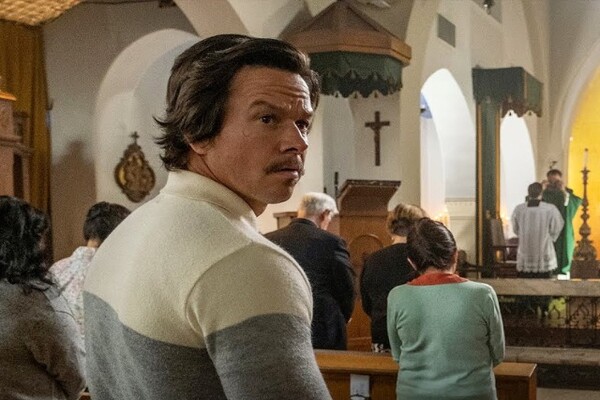 (breitbart) – Action star Mark Wahlberg has said goodbye to Hollywood and moved his family to Nevada, a simple choice he said made “to give my kids a better life.”

Wahlberg appeared on Tuesday’s The Talk where he addressed the problems of balancing being  a present father and husband while at the same time juggling the demands of commercial realities.

Departing the Democrat stronghold of California and what he has previously decried as the “Hollywood bubble” helped in that process.

“That is the biggest challenge,” he outlined. “Every free moment that I have, I’m at home.”

The 51-year-old Boston native is committed to creating a “state-of-the-art studio” in Nevada “and make this Hollywood 2.0” while spending as much time as he can with his family.

Wahlberg has similar plans for “a shoe factory and a factory for Municipal,” the Sport Utility Gear apparel company he co-founded. He said:

I want to be able to work from home. I moved to California many years ago to pursue acting and I’ve only made a couple of movies in the entire time that I was there.

So, to be able to give my kids a better life and follow and pursue their dreams whether it be my daughter as an equestrian, my son as a basketball player, my younger son as a golfer, this made a lot more sense for us.

Wahlberg and his wife, Rhea Durham, have four children. Three reside at home: sons Michael and Brendan, ages 16 and 14, and 12-year-old daughter Grace Their eldest child, daughter Ella, is 19.

“So, we came here to just kind of give ourselves a new look, a fresh start for the kids, and there’s lot of opportunity here,” Wahlberg concluded. “I’m really excited about the future.”

Quality of life over the passing delights of Hollywood fame have long been a focus for the actor, as Breitbart News reported.

The actor, producer, businessman, former rapper, and now fitness mavin revealed in 2018 his day starts at 2:30 in the morning each day, long before everyone else is awake.

After 30 minutes of morning prayers and a 3 AM breakfast, Wahlberg immediately gets into a 95-minute workout.

He then eats another meal on the tail of the first day’s workout, showers, has a snack, plays golf, and then undergoes a “cryo chamber recovery” treatment. This is all before 10:30 AM, and the Lone Survivor star does this every day.

Bedtime, he says, is 7:30 each evening with plenty of time left in between to spend with his wife and children.

With such a focus on his work/life balance, Wahlberg has no time for political activism, something he has previously counselled his fellow Hollywood A-listers on by telling them to stick to entertaining Americans and stop trying to push their politics on the country.

“A lot of Hollywood is living in a bubble,” Wahlberg said in a past interview. “They’re pretty out of touch with the common person, the everyday guy out there providing for their family,” he said.

“Me, I’m very aware of the real world. I come from the real world and I exist in the real world. And although I can navigate Hollywood and I love the business and the opportunities it’s afforded me, I also understand what it’s like not to have all that.”